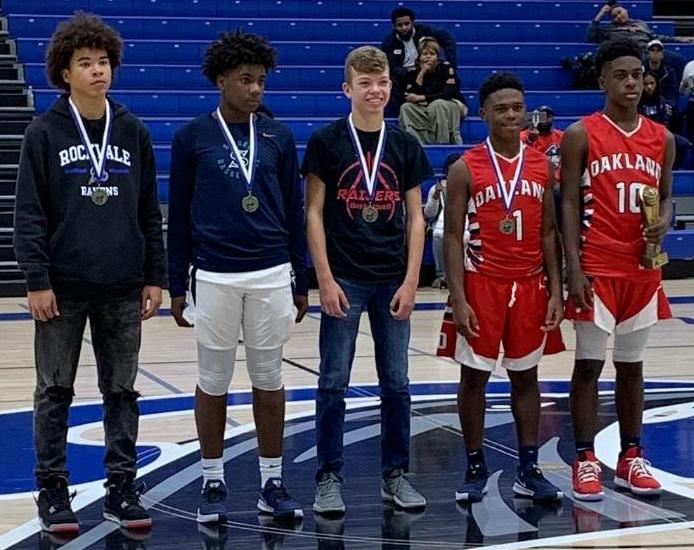 The Coffee County Middle School basketball teams traveled to Shelbyville on Monday night for a pair of games with conference foe Harris.  In a doubleheader heard here on Thunder Radio, the Lady Raiders dropped their first conference game of the year 29 to 22.  The Red Raiders raced past the Eagles by a final score of 50 to 18.

The Lady Raiders jumped out to a 7 to 2 lead in the 1st quarter before the Eaglettes caught fire.  Coffee County suffered a cold shooting night at the free throw line as they hit only 8 of 20 free throws.  Olivia Vinson and Channah Gannon led the Lady Raiders in scoring as each had 7 points.   Addi Sartain chipped in 4 points for Coffee Middle as their record falls to 5 and 2 overall and 3 and 1 in conference play.

After Harris took an early 4 to 2 lead, the Red Raiders used a strong defensive effort in the 1st half to go on a 20 point run to build a 22 to 8 lead at the half.  Harris made a short run to cut the deficit to 8 points before Coffee County went on another 13 point run to put the game out of reach.   The Red Raiders were led in scoring by Ethan Hargrove who finished with 10 points.  Brendan Shepherd finished with 8 points and Jackson Shemwell added 7 points as 9 different Red Raiders scored in the game.  The win improves the Raiders to 4 and 2 overall and 3 and 1 in conference play.

Coffee Middle will travel to Sparta on Thursday night for a conference matchup with White County.  The girls’ game will begin at 6 PM.