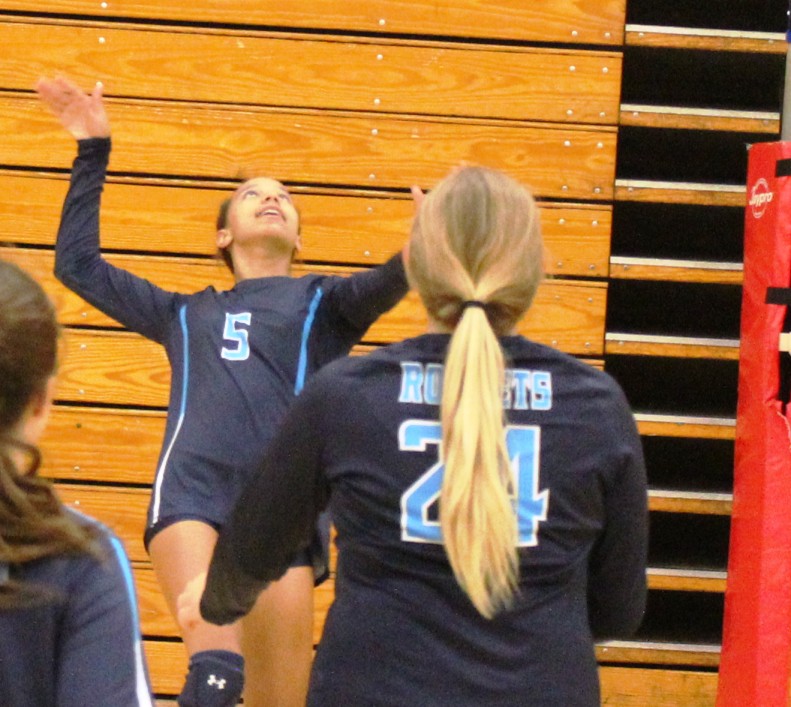 The Coffee County Middle School and Westwood Middle School volleyball teams got their first competitive action of the fall on Saturday.  Hosted by the Coffee County CHS Lady Raider volleyball team, 12 teams took part in the all day scrimmage tournament.  Both the Lady Raiders and Lady Rockets experienced some success on the day as opening day looms for both programs.

A young and rebuilding Lady Rockets team struggled in pool play dropping all 3 of their matches.  Westwood bounced back to grab a straight set win(25-22, 25-23) over Harris in the Silver Bracket semifinals.  Squaring off against Tullahoma in the finals, Westwood fought hard but fell 25-19 and 25-17.   First year head coach Kinda Baxter was pleased with the growth of the team.  “(We) were a team today.  Each girl had moments where they showed they can do it.”  Baxter called out Lilee Scott for her leadership on the day.

The Lady Raiders of Coffee Middle have a new head coach in Tori Taylor.  Taylor, who served as an assistant coach before her promotion, returns a more experienced team.  The Lady Raiders went 2 and 1 in pool play before falling in the first round of the Gold Bracket.   The Lady Raiders fell to South Lincoln 25-18, 25-22.  “I was pleased with our attitude, effort and how much we have improved on each individual skill” said Taylor.  She called out the play of Kurry Neel, Katie Lawrence and Savannah Cooper for the tournament.