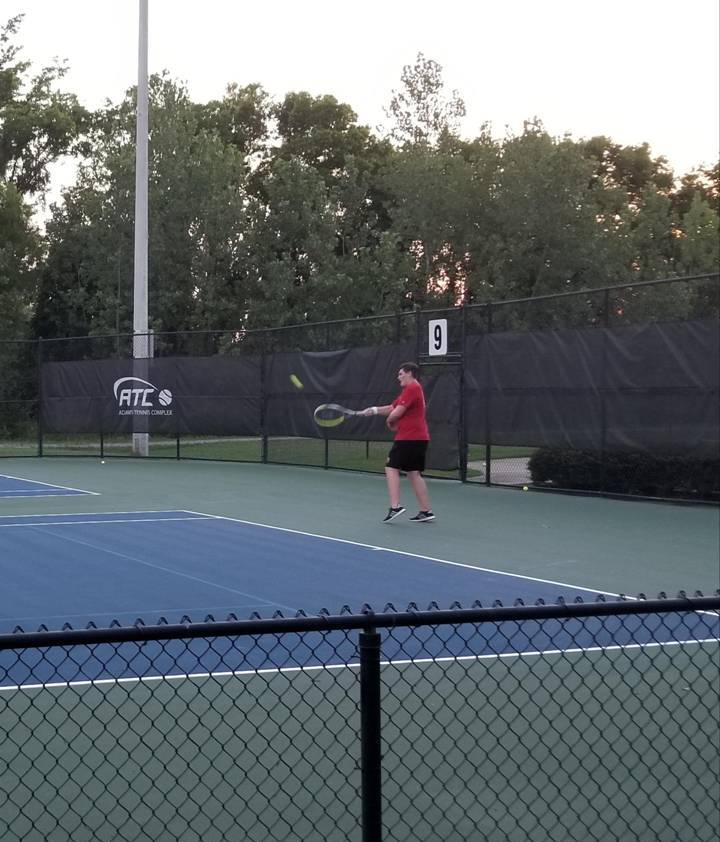 Red Raiders Ben Davis and Lauren Perry are members of the Murfreesboro True Blue 18U Intermediate Junior Team Tennis Team which is advancing to the State Championship Tournament held in Murfreesboro.  The Team is coached by Davis’ Father, Lance Davis, who has recruited some of the best players from Middle Tennessee to make a solid team.  “Most of the teams in Murfreesboro Junior Team Tennis (JTT) are school-based from one of the Murfreesboro High Schools but our players are from all over and we like the variety of players our team brings to the game.” Davis said when asked about his team.  “Since we’re from all over Middle Tennessee, we’re proud to be ‘True Blue’ just like the Middle Tennessee Blue Raiders!”, commented Davis.

Ben and Lauren enjoy the competition of JTT and will be taking some of that Coffee County Red Raider Spirit with them to the State Championship beginning 7/19, 2019.  Davis’ team had some success in the 2018 State Championship when they placed 2nd in their Flight of Teams in the 18U Intermediate Division.  The True Blue Team for 2019 consists of the following players:

The True Blue Team finished the 2019 JTT season in 3rd place overall in the 18U division standings and hopes to carry that winning percentage on to the State Championship Tournament.

Everyone is welcome to support their Coffee County Red Raiders and all the talented Junior Team Tennis Players from all over Tennessee at the JTT State Championship Tournament July 19-21 in Murfreesboro, TN at the Adams Tennis Complex and Middle Tennessee Christian School.

Murfreesboro Junior Team Tennis is a United States Tennis Association (USTA) sanctioned league which is part of the USTA Southern Section of Competition.  The TN State Championship Tournament is a qualifying event for Junior Team Tennis Teams to advance through a series of tournaments to the USTA National Tournament.