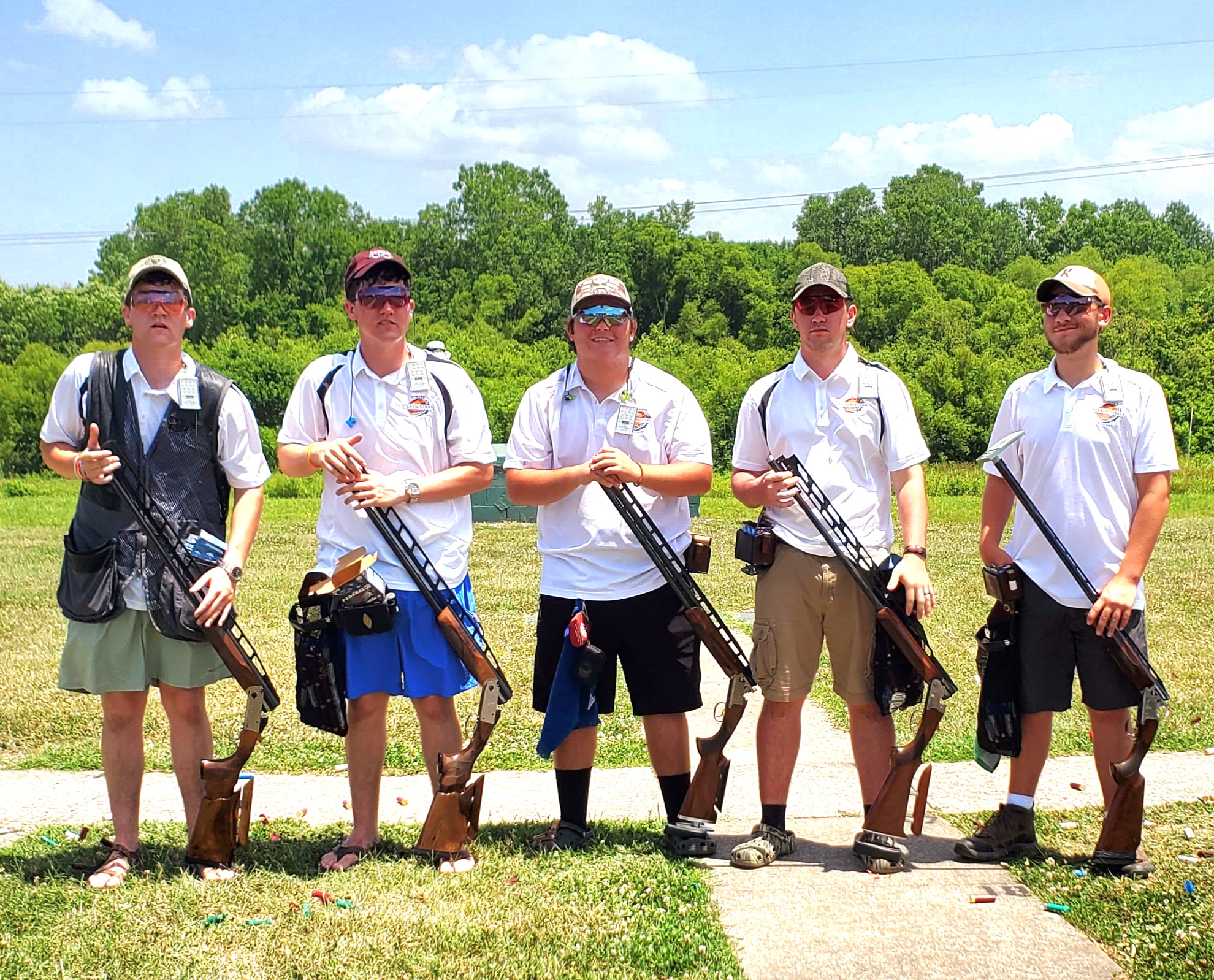 The Varsity team composed of Riley Bellomy (CCCHS), Landon Meadows(CCCHS), Logan Meadows(CCCHS), Garrett Taylor(CCCHS) and Jonah Wyatt(Homeschooled); competed against 323 other shooters in a 200 target Singles Championship. The varsity squad brought home 3rd place in the state with a 954/1000 targets. With Bellomy and Logan Meadows leading the squad by shooting a 195/200 targets each.

The Claybuster’s are currently using their last 3 team practices to fine tune for the upcoming AIM National Youth Trap Shooting Championships  July 31-August 2 held in Sparta, Illinois. The team will have 2 teams (1-varsity team and 1-sub-junior team) competing in the AIM National Championships. Both squads will shoot in the Singles Championship with each team member shooting 200 targets over 2 consecutive days.  Some individual team members will also compete in 2 other disciplines shot in the Championship; a 100 target handicap event and a 100 target doubles event. Further more, select team members will go one to compete in the Grand American National Trap Shooting Championships held directly after the AIM National Championships on August 3-13, 2022. This event is the “Super Bowl” of trap shooting drawing shooters of all ages from all over the world.