Sports Physicals will be provided for any Coffee County athlete in need of one (any grades) courtesy of Dr Jay Trussler and staff. These... 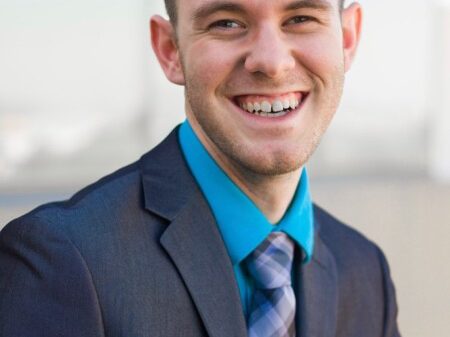 H&R BLOCK STUDENT OF THE WEEK

Join us at Thunder Radio and Rosalyn Partin of the Manchester H&R Block and congratulate our student of the week – Logan Johnson. Logan...

Though it might not have been comfortable to throw Cristian Pache into the fire during the second inning of Game 1 of last year’s National League...

Bradley T. Brake, age 94 of Manchester, TN passed from this life at his home after an extended illness on Saturday, December 12, 2020.  Born in Eatonton, GA, Putnam County, of July 3, 1926.  Bradley was one of twelve children and was the last surviving child. Bradley, or B.T. as known to his Georgia family, was a faithful and active member of the Bell Springs United Methodist Church.  He loved God, his family, and his little dogs Rex and Rusty.  He served in the National Guard and he retired from AEDC after 30 years.  He also was a long time Ham radio operator and an FCC examiner for many years.  He loved working on electronics after he retired and could fix most anything.  Brad was up to just about any task, and especially liked helping people. He is survived by his loving wife, Madge, and they recently celebrated their 75th anniversary. Survived by two sons, Warren (Gail) Brake of Calhoun, GA, Edwin (Peggy) Brake of Morrison, TN, and one daughter Carol (Charlie) Cox of Manchester, TN. Six grandchildren, Crystal Brake, Jennifer Brake, Wendy Stucky, Elizabeth (Tony) Lockhart, Stephanie Hudgens and Shaina Cox. One great-grandchild, Samantha Stucky and one great-great-grandchild Sophia Stucky. Host of nephews and nieces and a very special friend, Fran Peacock. Graveside services will be held on Monday, December 14, 2020, at Fredonia Cemetery in Manchester, TN. In lieu of flowers, the family requests for donations to be made to Bell Springs United Methodist Church Building Fund, 9607 Murfreesboro Highway, Manchester, TN in the Noah Community, or charity of your choice.

Janice Gail Johnson of Winchester passed this life on Thursday, October 8, 2020 at the age of 72. There are no services scheduled at this time. She is survived by sons, Stevie Childers and Tony Johnson; brother, Phillip Sons; sister, Audrey Mead; and grandson Matthew Yates. Please visit our website at www.davesculbertsonfuneralhome.com to leave online condolences. Daves-Culbertson Funeral Home is in charge of arrangements.

Kathie Houser of Tullahoma passed this life on Tuesday, September 1, 2020at her residence at the age of 71 years. Funeral Services are scheduled...

Betty Jean Yates, of Manchester, passed this life on Wednesday, September 4th, 2019 at NHC Tullahoma at the age of 81. BJ was born...