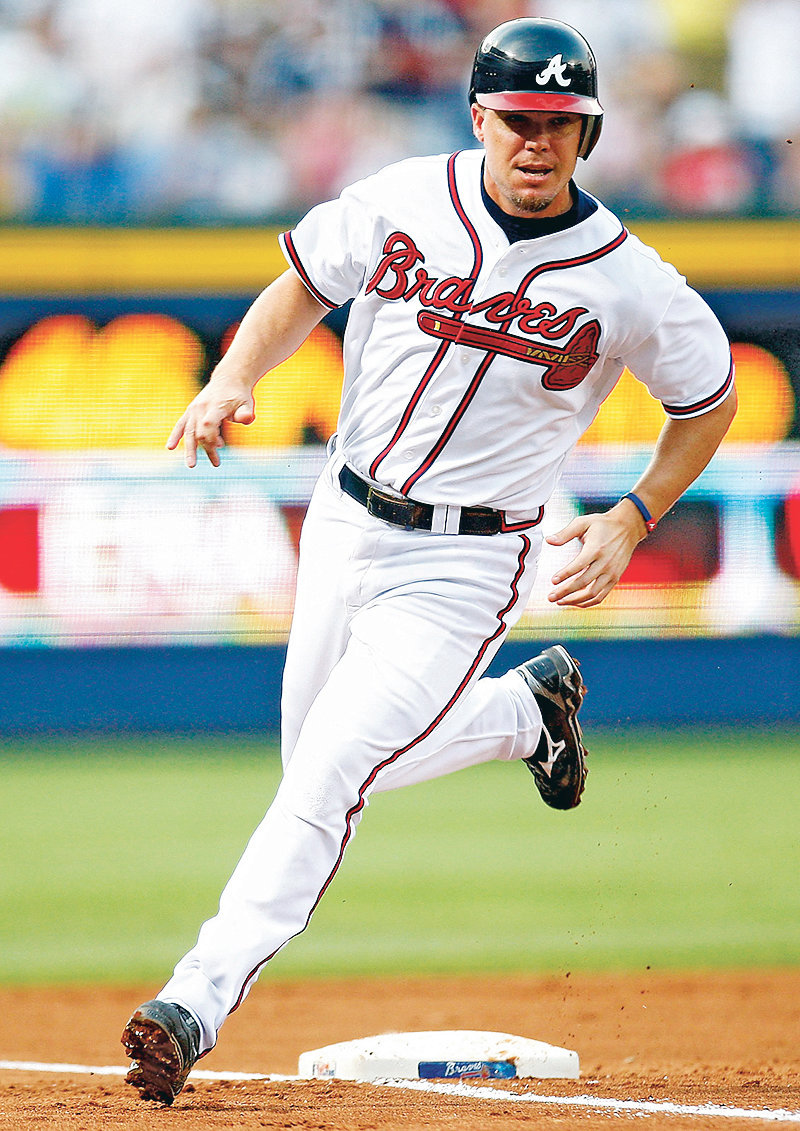 No one loves a good debate quite like baseball fans, and with that in mind, we asked each of our beat reporters to rank the top five players by position in the history of their franchise, based on their career while playing for that club. These rankings are for fun and debate purposes only.

Eddie Mathews and Chipper Jones should be included in any debate regarding who is the best third baseman the game has ever seen. So, this was certainly not an easy choice. Mathews has the better bWAR (Baseball Reference’s WAR model) and fWAR (FanGraphs’ WAR model). He also manned the third base position throughout his entire career for the Braves, while Jones spent a little more than two seasons as a left fielder.

Of course, if basing the selection on the WAR marks produced with the Braves, you have to account for Mathews (94.3 fWAR, 94.1 bWAR) beginning his career at 20 years old and a knee injury preventing Jones (84.6 fWAR, 85.3 bWAR) from becoming a lineup regular until he was 23 years old. The one season lost by Jones would have at least reduced the difference.

Accounting only for seasons with at least 60 percent of the starts made at third base, Baseball Reference’s Play Index shows Mathews had nine seasons with a 140 OPS+ and Jones had eight such seasons. Now, it should be noted that while playing left field in 2002 and 2003, Jones produced a OPS+ of 153 and 137.

Should Jones be penalized in this comparison to Mathews because the Braves opted to build a more complete lineup by utilizing Vinny Castilla as their third baseman in 2002 and 2003?

Given the postseason landscapes were drastically different in their eras, some might consider it unfair to point out the Braves went to the playoffs twice with Mathews and 12 times within a span of 18 seasons (1995-2012) with Jones, who participated in a World Series during three of his first five full seasons.

Mathews was a great player. But the nod here goes to the guy who was the cornerstone during what was the greatest era in franchise history.

Mathews led all MLB third basemen with the 94.3 fWAR he compiled while playing for the Braves from 1952-66. Ken Boyer ranked second with 52.8 and Brooks Robinson was third with 38.4. Looking only at 1958, Robinson’s first full season with the Orioles, through 1966, Mathews still owned a MLB-best 54.9 fWAR and Robinson ranked third with a 38.6 mark.

Though Mathews was not nearly as good with the glove as Robinson or either of the Boyer brothers (Ken or Clete), he still was certainly above average at the hot corner. He stood as the best third baseman in baseball history when he retired and his career served as a blueprint for Mike Schmidt, Jones and the other greats who have since played the position.

Acquired to strengthen the Braves’ defense before the memorable worst-to-first 1991 season, Terry Pendleton provided much more than the club had envisioned offensively. After winning the MVP Award, he finished second the following year and helped Atlanta reach the World Series for a second straight season. Though he produced below average offensively over his final two full seasons with the Braves, he continued to provide value with his clubhouse leadership and his mentorship of Jones, who took time during his Hall of Fame acceptance speech to thank Pendleton.

After being selected with the first overall pick in the 1978 Draft, Bob Horner came straight to the Major League level and won NL Rookie of the Year, despite playing just 89 games that year. Power was never an issue with this strong third baseman, who followed his 23-homer rookie season by belting at least 30 homers in three of the next four seasons.

Horner was possibly heading toward another 30-homer season before he fractured his right wrist in August 1983. He suffered another season-ending fracture of the same wrist two months into the following season and then primarily played first base over the rest of his career in Atlanta.

Honorable mention: Darrell Evans ranks third in franchise history with 688 starts (one more than Elliott and 11 more than Horner) at third base. The 9.0 bWAR Evans produced while hitting 41 homers in 1973 stands as the highest mark generated by a Braves third baseman. … Clete Boyer led all NL third basemen with the 48.8 defensive fWAR he produced while serving as the Braves’ third baseman from 1967-71.

Mark Bowman has covered the Braves for MLB.com since 2001.