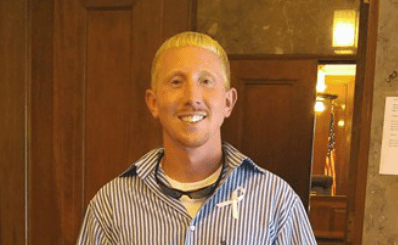 As we told you yesterday, Adam Braseel of Grundy County was convicted of killing Malcolm Burrows of Tracy City 12 years ago. He was back in court on Wednesday asking for a new trial or his case dismissed.
Part of that testimony included that of former Grundy County Investigator Mike Brown, who was first on the scene of the murder in 2006. It was the first time he has testified about this case since it happened. He was never called to testify in the original trial.
Brown testified that records from the Tennessee Bureau of Investigation showed no blood evidence in Braseel’s car.
He says he saw a lot of blood at the murder scene, and that whoever killed Burrows and used their car after the murder, that car would have had a lot of blood evidence in it.
Brown said other officers’ reports did not match what really happened at the scene.
He said his report has apparently gone missing.
When asked by Braseel’s attorneys if the county purposely lost the report, Brown said that is likely.
The crowd then erupted in cheers and applause, causing the judge to call for order in the court.
Later, after it was determined that both sides in the case had witnesses who were unable to appear at Wednesday’s hearing, the court adjourned until July 31st.
In this article: