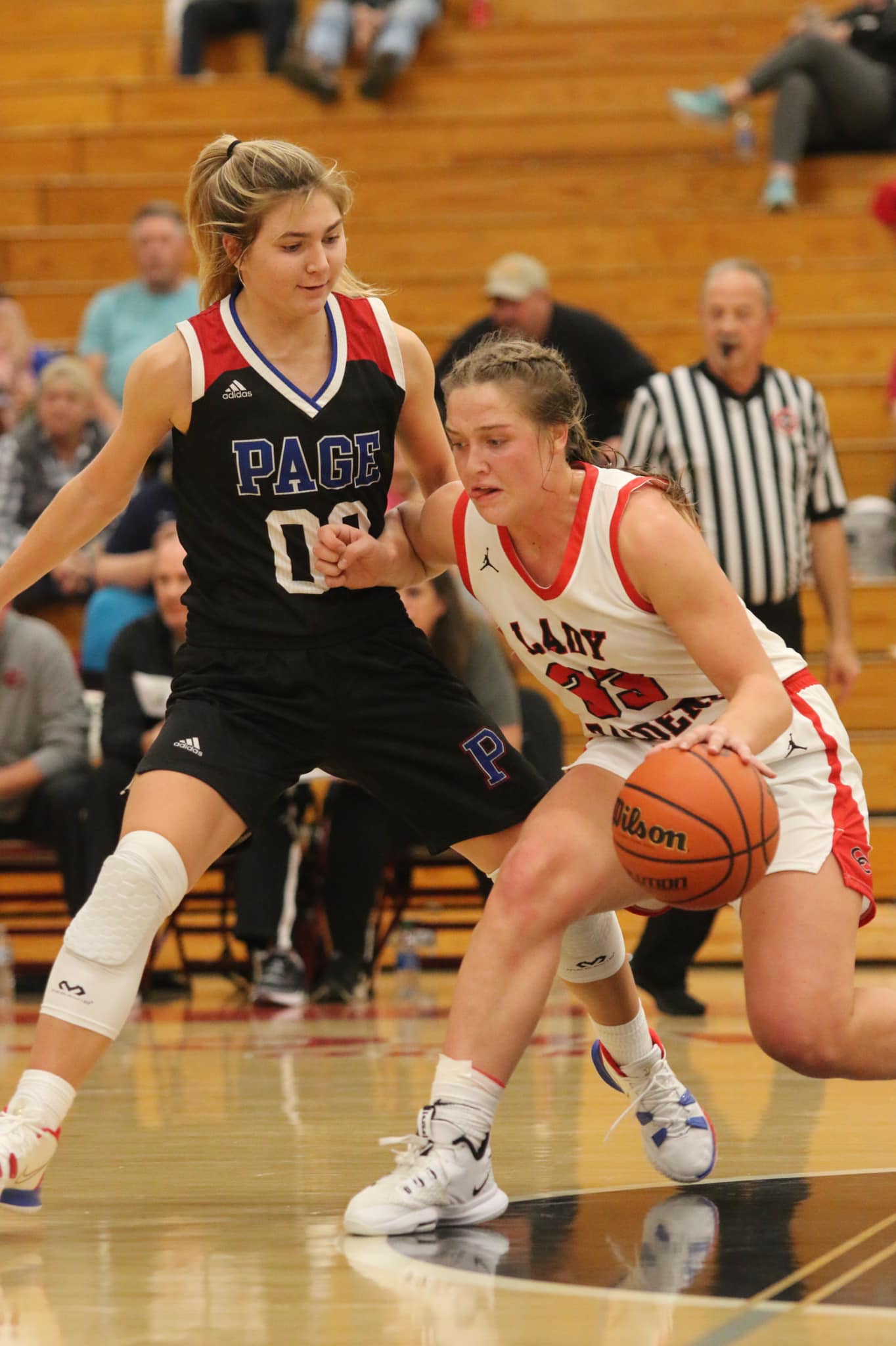 It looked for three and a half quarters like the Coffee County Lady Raiders were finally going to shake the Blackman curse.

But it all slipped away in the final two minutes and the Lady Raiders fell to the defending state champion Blackman Blaze 43-42 Friday night in Murfreesboro.

“We have to learn to handle ball pressure better down the stretch, that’s what I take away from this,” said Lady Raider senior Elli Chumley, who led the Lady Raiders with a game high 18 points.

Coffee County led 33-25 after three quarters. In fact, the Lady Raiders took an early lead and never trailed until late – leading 18-9 after one quarter and 20-16 at the half.

But Blackman closed the gap and finally took the lead 41-40 with 1:30 to play on a 3-pointer by Emily Monson.

Chumley responded immediately, getting into the paint and picking up a bucket of her own to put CHS back in front 42-41. But Monson went right back to work, hitting a difficult shot while running down the lane with 30 second to play to hit the final score. Chumley had a tough 3 at the buzzer but it was through difficult traffic.

“Take the defending state champions to the wire, there is a lot to like, but we have to learn to finish in games like this,” said Lady Raider head coach Joe Pat Cope. “Games like this get us ready for later in the season.

It was the 4th straight loss to the Lady Blaze for Coffee County – dating back to the region quarter finals in the spring of 2020. CHS lost to Blackman last year at home and twice this year – once by 9 and once by 1.

Chumley was named Stone Fort Mortgage Player of the Game.

Coffee County (3-3) will get back to work Saturday night, Dec. 11, when Rockvale comes to town. Tip is at 6 p.m. and you can hear all the action on Thunder Radio.

Blackman improves to 6-0 with the win.