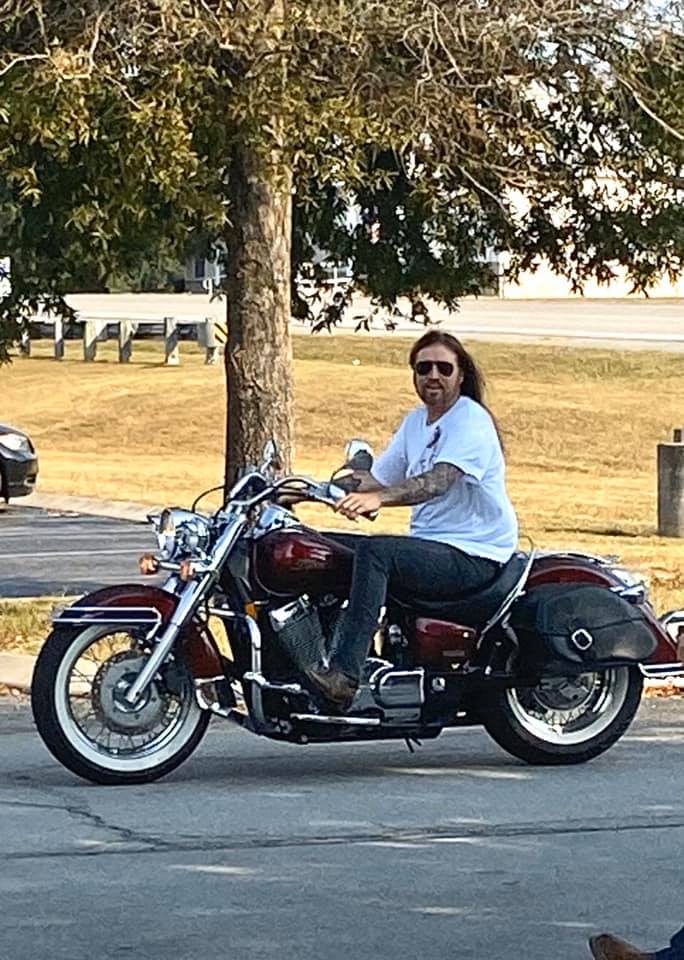 Billy Ray Cyrus was on target with his performance Sunday morning at an 8 a.m. memorial for Channing Smith at Rotary Amphitheater in Manchester.

The country music star struck a solemn tone early, belting the lyrics to “Amazing Grace,” with Channing’s dad playing Channing’s acoustic guitar alongside Cyrus. Channing’s brother – Joshua, along with his parents took the microphone after the song to talk about Channing’s life. Joshua also spent a significant amount of time talking about awareness and Justice for Channing, which has become a rallying cry for friends and family over the past week after Channing’s suicide, which happened after other students placed screenshots on social media outing Channing’s gay sexual orientation.

Cyrus finished his appearance with a stripped down acoustic version of his recent hit “Old Town Road.” Following his set, Cyrus climbed onto Channing’s motorcycle and took it for a quick spin down Highway 41, much to the pleasure of those in attendance.

After his performance, Cyrus jumped on Channing Smith’s motorcycle and took it for a ride down Highway 41 and back to Rotary Park.

During the service, Joshua Smith said that the sheriff’s department has said that criminal charges should be brought against those responsible for posting the screenshots, but that District Attorney Craig Northcott is against that.

However, Thunder Radio spoke to Coffee County Sheriff’s Department investigator James Sherrill Thursday. Sherrill confirmed that screenshots of text messages were posted on social media that outed Smith’s sexual orientation. Sherrill reiterated the investigation is open and that the department is awaiting the results of digital forensics and will present its findings to the District Attorney’s office at a later date. Sherrill said that multiple students have been interviewed.

Northcott also released a statement that no charging decisions have been made because the investigation is not complete. He added that when all relevant facts are available, his office will advise the sheriff’s department on what charges, if any, are appropriate.