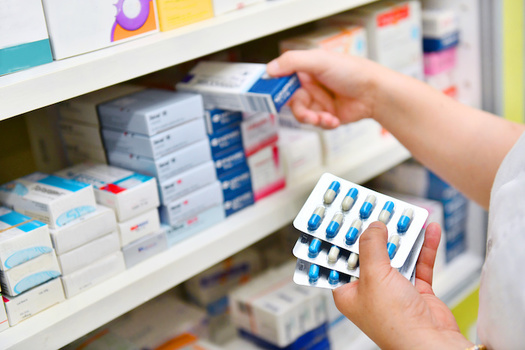 Senate Bill 1617 would spotlight the role of pharmacy-benefit managers, the so-called “middlemen” who negotiate prices between drug makers, pharmacies and health insurers. The bill would prevent those managers from artificially inflating drug costs for health plans.

At Tennessee Oncology, Dr. Stephen Schleicher, president of the Tennessee Oncology Practice Society, said some cancer patients wait weeks to get medications, with higher out-of-pocket costs. He said PBMs wield a huge amount of power, and prescribers have little control in the process.

“And as this system has worsened and pharmacy benefit managers gain control, costs go up for patients,” he said. “These PBMs dictate where the patients can get their drugs, often causing big gaps in communication between the pharmacists and the oncology provider, when that communication is so important.”

The bill also would prevent PBMs from interfering with a patient’s right to choose their pharmacy and would require fair reimbursement for health-care providers in rural and low-income areas. It’s now in the Senate Commerce and Labor Committee.

The largest PBMs in the country are CVS Caremark, Express Scripts and Prime Therapeutics. Pharmacist and bill sponsor, Sen. Shane Reeves, R-Bedford, said PBMs have morphed into conglomerates he claimed are siphoning money out of patients, providers and insurers’ pockets, while putting many independent pharmacies – which tend to offer lower drug prices – out of business.

“They were originally intended to lower drug costs for consumers,” he said. “However, I believe evidence now may suggest that PBMs have actually increased drug prices over time.”

The Pharmaceutical Care Management Association, which represents pharmacy benefit managers, has argued that they help lower drug costs and pass the savings on to patients. Others have said regulating PBMs would harm market competition.