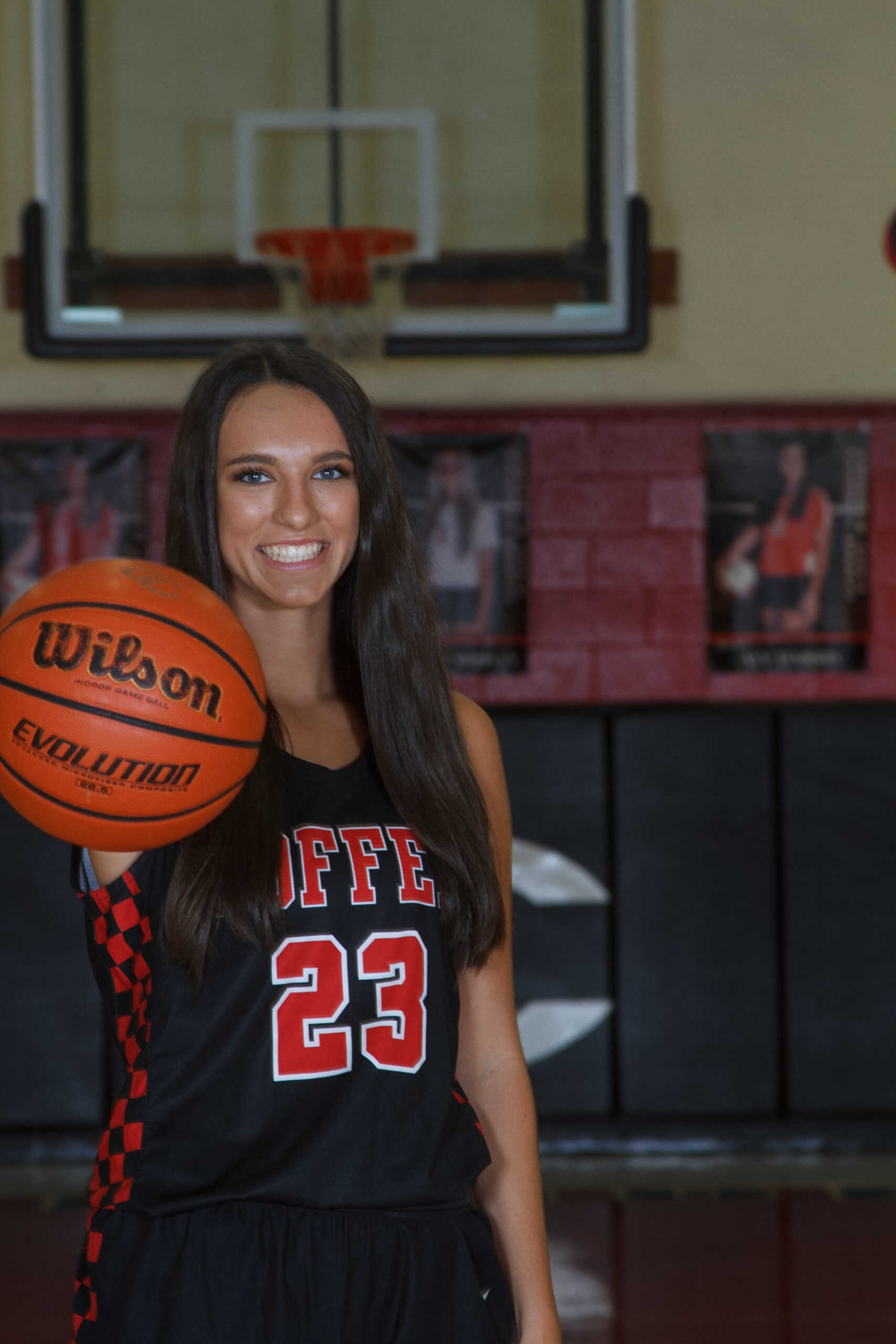 It’s hard to find a freshman in high school who knows what she wants.

Mature beyond her years, Bella Vinson walked into Joe Frank Patch Memorial Gymnasium at Central High School four years ago and knew then exactly what she wanted: to win.

At that point it was a certainty to most that the tall, gangly freshman had a promising high school career in front of her. But unbeknownst to everyone, even Bella herself, was that for four years Coffee County fans would get to witness the development of who would become the best player to ever set foot on the floor at Central High School.

Bella leaves Coffee County Central with career numbers that will not be matched anytime soon:  862 rebounds, 314 assists, 222 steals and 142 blocks. Her 2,113 career points are the most all time at CHS – for a boy or a girl.

“Those (career) numbers, that was just never the intention at all,” explained Bella, who shyly pushes back when discussing her stats. “I wanted to be a winner.”

She certainly accomplished winning, too. As a starter, Bella’s teams amassed 106 wins to just 16 losses (86.9 winning percentage) over four years. That is the most wins for any four-year starter in Central High School history – boys or girls. However, the state tournament remained elusive for Coffee County during Bella’s tenure, a painful thought for the senior. The 2020-2021 Lady Raider season featured 28 wins – only 2 more were needed to reach the state tournament.

“Coming into this as a freshman, you look at the program and I knew where I wanted to go, where I wanted it to be,” explained Bella, “and I knew that I’m a winner. That’s what I was focused on. I was going to do whatever I could to get wins for us.

“Now I think back and numbers like that were never my main focus. That’s just what happened as a result of winning games.”

Bella will get an opportunity to play at the high school level one more time. She has been selected to play in the Basketball Coaches Association of Tennessee (BCAT) Girls All Star Game with the elite players of Tennessee on Saturday, March 27 at Blackman High School.

There will be four teams – Memphis, West, Middle and East.

“I’m excited to get out there with them and play with the best players in Tennessee,” said Bella.

Vinson was also named to the TN Report All-State team – a selection that is based on team success, individual success and character. Bella was the only player from District 8-AAA to receive the honor and the only to be invited to the BCAT All-Star Game, which are separate honors.

Blackman, who went on to win the AAA state championship and was one of Coffee County’s two losses, had three players selected to the honorary all-state team.

“There is just so much really good talent in Tennessee. I don’t think people realize, it’s ridiculous just how much talent is out there in this state. It is an honor just to be listed with these girls.”

Scholarship in hand, Bella will ship up to Lipscomb University after graduating from Coffee County this May to begin her collegiate workouts.

But until then, you can still find her in the gym at CHS working on her game and working with other Lady Raider players. Still trying to help Coffee County win, albeit now without her red and white no. 23 jersey,

“I still play with the girls every afternoon. I really hope that someone beats those [records] someday,” Bella said. “I want this program to win. And if someone works hard and beats (those numbers) then that means Coffee County is doing big things.