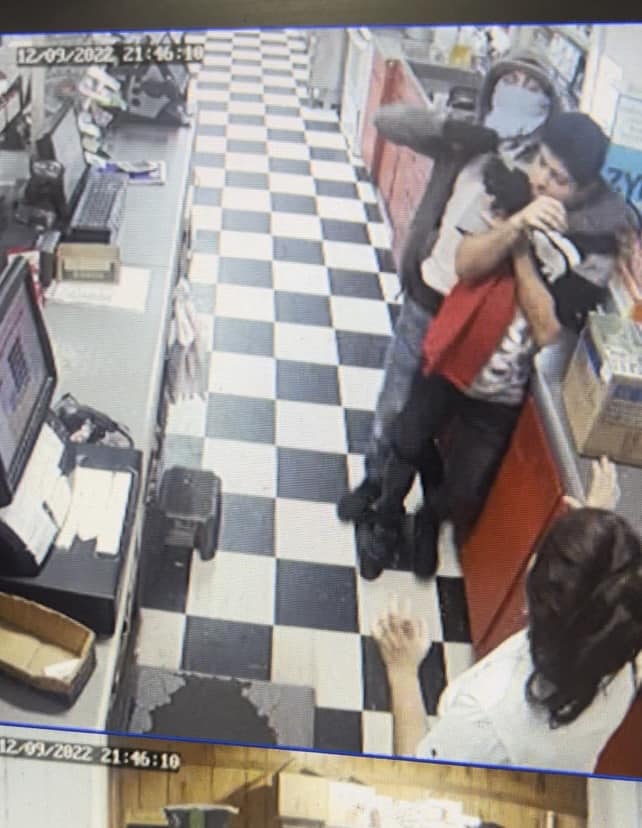 Bedford County Sheriff’s Department officials are investigating what they are calling a “strong armed robbery” at the Pit Stop Market on Friday evening, December 9.

The robbery occurred at approximately 8:52 p.m.

Surveillance video from the store appears to show the suspect come behind the counter and threaten another man while a female clerk puts cash into a bag. (see video below).

Anyone who may have information about this suspect or this robbery should call Bedford County Sheriff’s Office immediately at 931-684-3232.