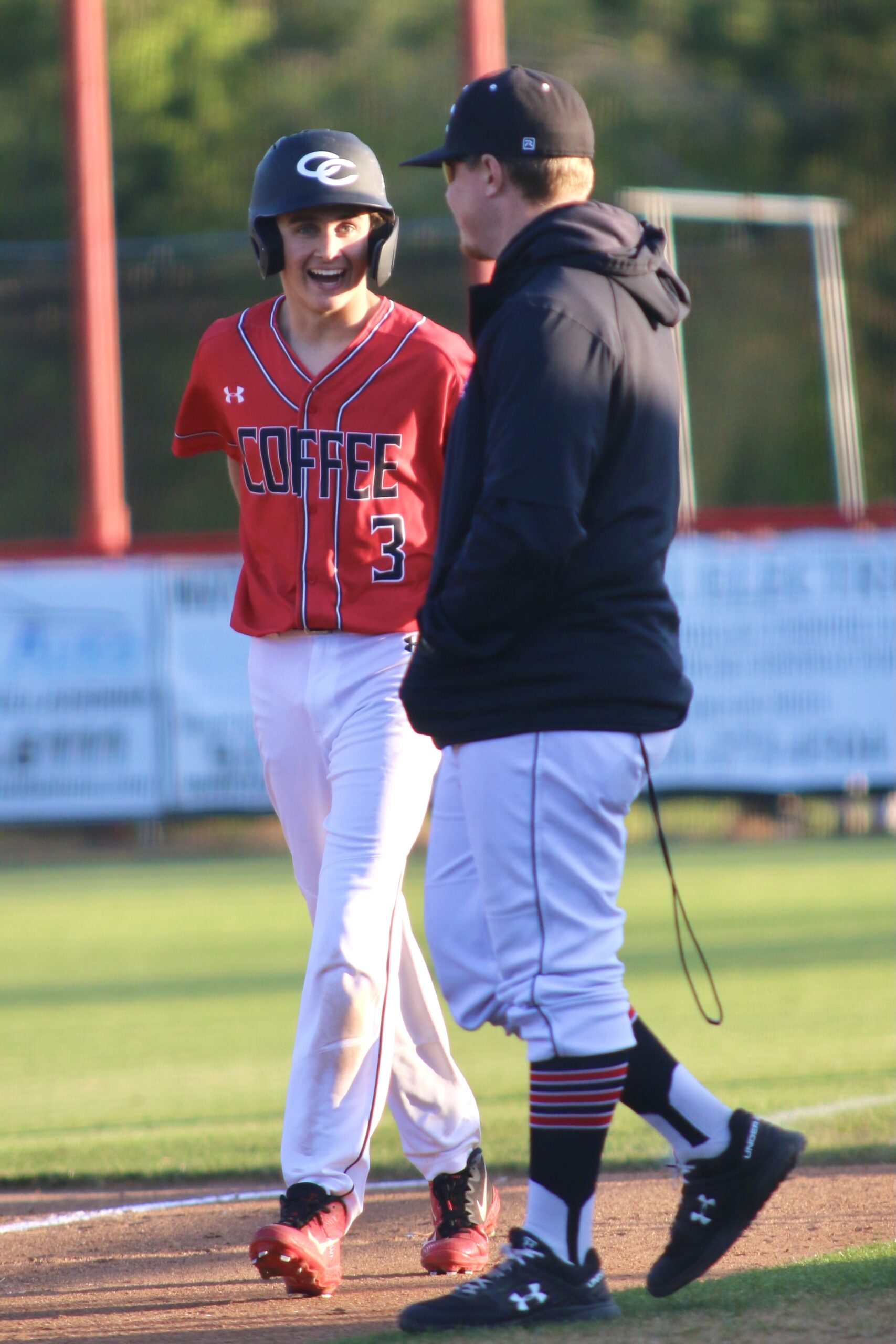 After struggling to get runs across the plate earlier in the week, the Central High School Red Raider bats started heating up on Thursday.

CHS pounded out 13 hits, including three off the fence and one over it, in a 10-3 win over visiting Marshall County in the first game of the Crethan Hansert Memorial Tournament.

THIS GAME WAS BROADCAST LIVE ON THUNDER RADIO. CLICK HERE TO LISTEN LIVE.

Carter McKenzie had a solid night at the plate. The third baseman had an RBI single in the first inning, a single and a run scored in the fifth and a 2 RBI double in the sixth that put the game out of reach. He also initiated a 5-4-3 double play in the first inning on defense.

Nolan Jernigan lifted his second home run of the season, a 2-run shot over the left field fence in the second inning to score Griffin Meeker. Meeker had a single, double and a pair of runs scored.

Raider catcher Lane Spry also double and singled at the plate and had a pair of RBIs. Hayden Hullett singled twice and scored, Braden Brown had three hits and and an RBI and Jacob Holder doubled off the fence and scored in the sixth.

Wyatt Nugent picked up the win on the mound. The senior allowed three runs on four hits through five innings. He struck out three. Aiden Robertson had a solid evening in relief – striking out 8 through three innings of work. He walked four Tigers, but didn’t allow a hit.

The Raiders improve to 12-7 overall with the win.

Coffee County will play Central Magnet in a double-header Friday – first game at 4:30 p.m. at Powers Field in Manchester.