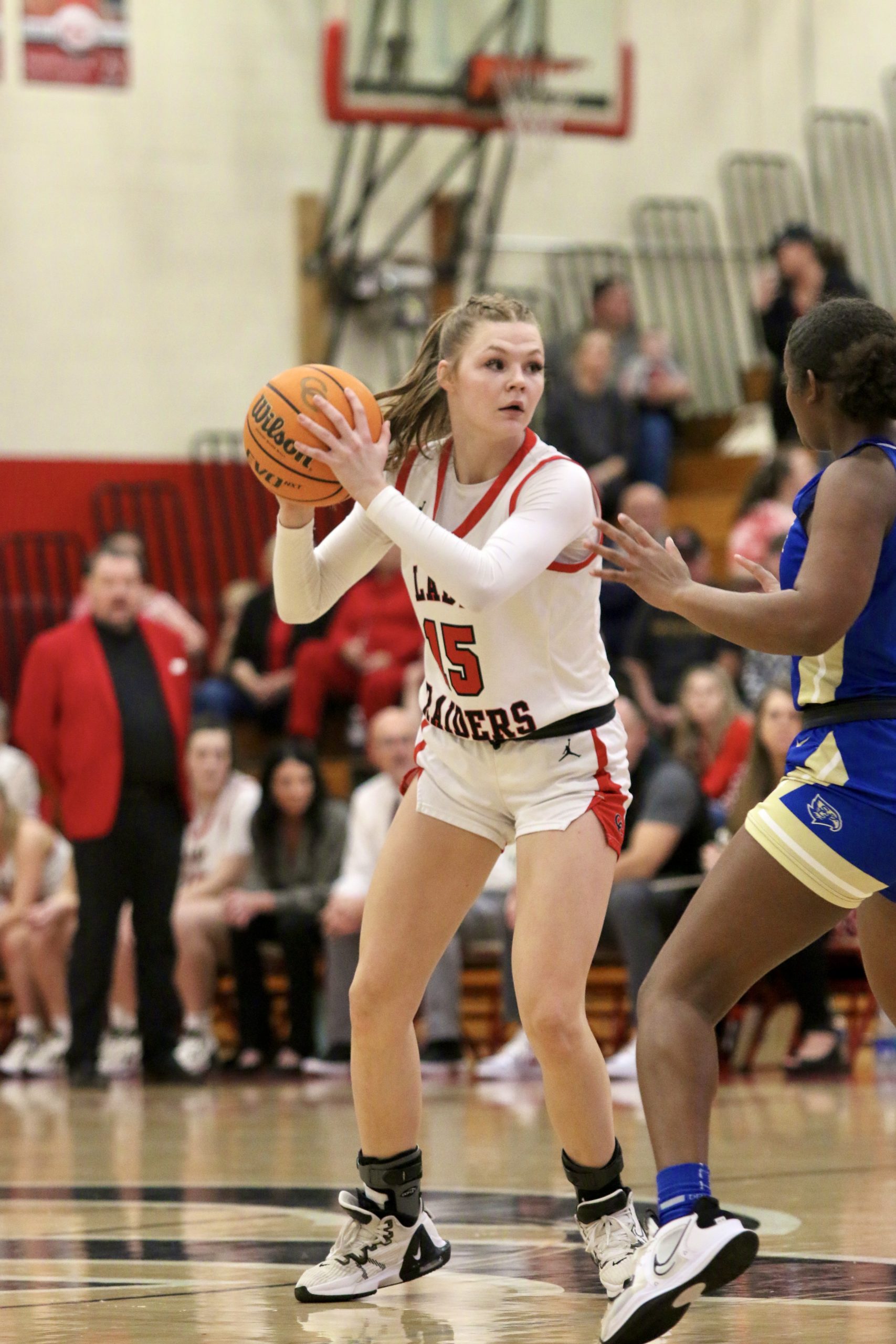 Coffee County’s Lady Raiders started hot and never let off the gas, opening District 6-4A with a 68-36 beating of Shelbyville Tuesday night in Manchester – a game you heard live on Thunder Radio WMSR (107.9 FM, 1320 AM).

“We played one of our most complete games I think tonight,” said CHS head coach Joe Pat Cope.

Coffee County got contributions from inside and out, scoring from deep, on offensive rebounds and on forced turnovers. Freshman Natalie Barnes led the way with a season high 22 points – mostly coming on six 3-pointers.

“I was a little nervous at first (with it being a district game),” said Barnes.

Emaleigh Tarpley came off the bench and rattled off a 16 point performance, matching a season high. She was able to get points around the basket and on fast breaks.

“I knew I needed to get into my rhythm fast coming off the bench so quickly,” explained Tarpley.

Shelbyville was led by 10 apiece from Paige Blackburn and Lanaya Young.

CHS improves to 23-1 on the season and will play at Franklin County Friday in a 6 p.m. tip. That game will be live on Thunder Radio.

Coffee County saw an 11 point lead dissipate to a 1 point advantage late Tuesday night, but the Raiders found a way to hold on and beat the Shelbyville Eagles 51-47.

Shelbyville’s Joe Harris got hot from deep with 19 points and pulled the Eagles to within one of the Raiders at 43-42.

But the Raiders went on a quick 5-0 run, powered by a 3-point play by Jackson Shemwell.

Up by 2, Deion Subaran went to the line and buried two free throws with 47 seconds to play to end effectively end the game.

Shemwell led the Raiders with 19 points and was named Stone Fort Mortgage Player of the Game. Subaran added 15.

Coffee County was 18-of-28 at the free throw line and forced 14 Shelbyville turnovers.

Shelbyville was paced by Harris’ 19 points.

Coffee County is now 13-5 and 1-0 in district play. They will play at defending regular season District 6-4A champion Franklin County Friday, tipping off at approximately 7:30 p.m. Listen live on Thunder Radio – 107.9 FM, 1320 AM, Manchester Go app and thunder1320.com.