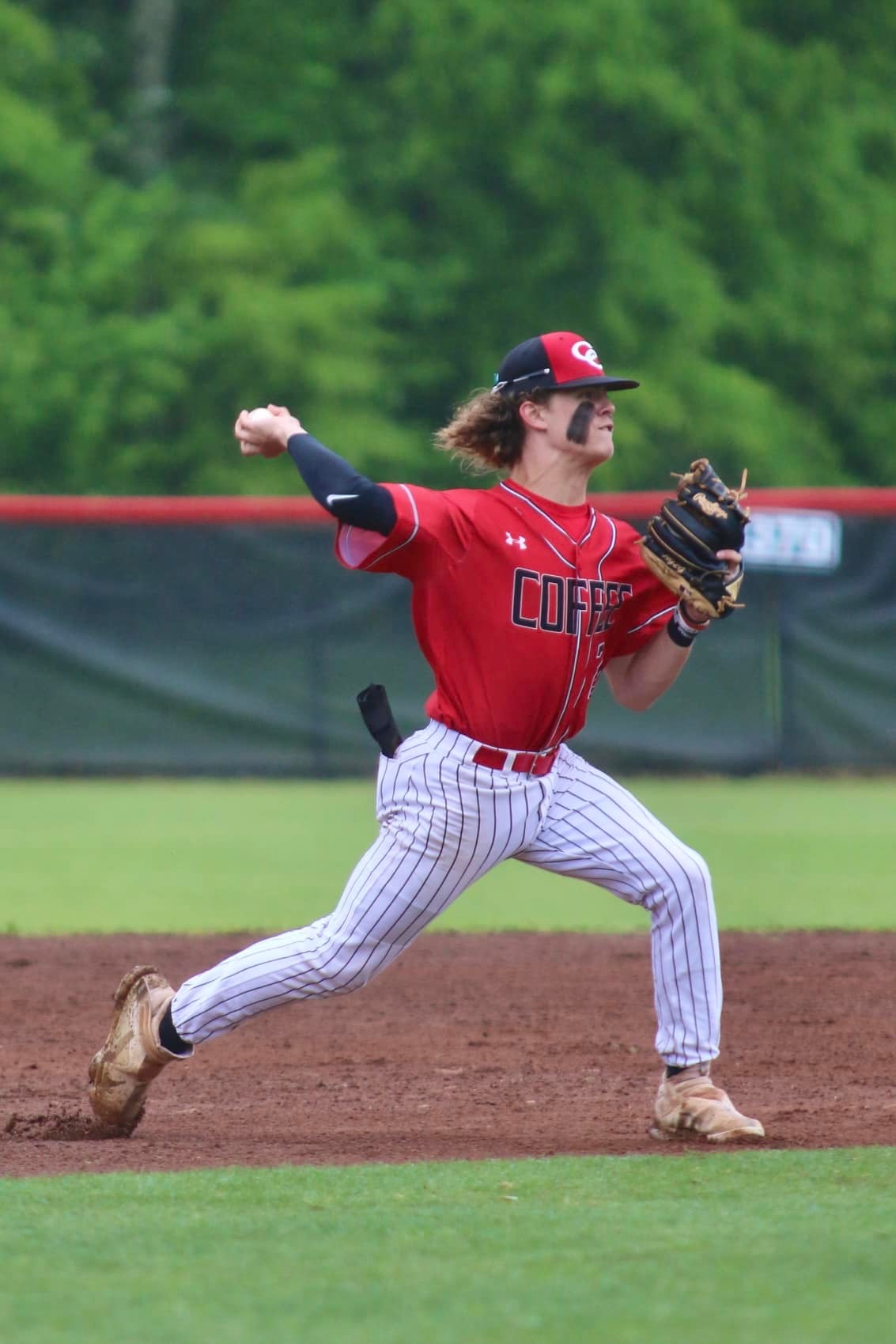 Down 4-2 and facing the end of their season, the Coffee County Central Red Raiders rallied for 7 runs in the 5th and added 4 in the 6th for good measure to dispatch of Warren County 13-5 in the loser’s bracket finals of the District 6-4A Tournament Tuesday night in Manchester.

Coffee County managed the 13 runs on just 8 hits, thanks to 7 Warren County errors.

But a win is a win, regardless. And with a small, 4-team district, that means the Raiders advance to the title round Wednesday and get an automatic spot in the Region 3-4A semi-finals next Monday, May 16.

A bases clearing triple by Jacob Sherrill was a big blow for the Raiders in the win over Warren County. Jacob Holder also notched a pair of RBI and Nolan Jernigan knocked in 2 and had a double.

The Raiders will now play Franklin County at home in the district championship at 5 p.m. Wednesday – but CHS will need to beat the Rebels twice to win the title. If they do win, they will host a region elimination game on Monday. If they lose, they will travel to the Chattanooga area.

The Raiders had a chance to advance to the title game earlier in the day Tuesday by winning the winner’s bracket finals against Franklin County. But CHS squandered a pair of bases loaded opportunities and eventually lost 3-2 in the bottom of the 9th inning in Manchester.

The Rebels outhit the Raiders 9-5 and 4 CHS errors didn’t help the Raiders’ cause. Jacob Holder was stellar through 7 innings – allowing 1 earned run and striking out 11 while scattering 7 Rebel hits.

Cole Pippenger took the loss in relief, going 1 and 2/3 innings before the Rebels won in the 9th. A throwing error set the Rebels up with runners on 2nd and 3rd and they won on an infield single.