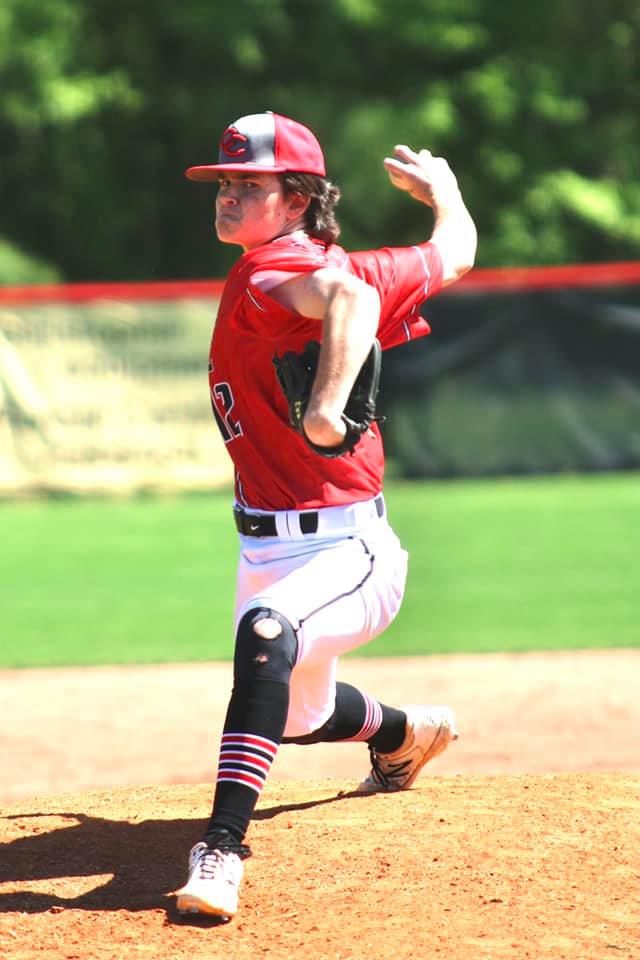 Coffee County’s baseball team went 2-1 over the weekend with a 10-1 non-district win over Warren County Friday night and a 9-5 win over Cookeville at home on Saturday. The Raiders lost the second game of a double-header with Cookeville on Saturday, falling 4-2.

The Raiders move to 17-9 on the season and will host LaVergne for senior night at 5:30 p.m. Monday.

Griffin Meeker was nearly unhittable for the Raiders, allowing just four hits in a 7-inning complete game to lead the Raiders to a rout of Warren County on the Pioneer senior night in McMinnville.

Meeker struck out 5 Pioneers and needed just 93 pitches to get through the game. He allowed 1 run in the bottom of the sixth.

Meanwhile, the Raiders touched up three Pioneer pitchers for 10 hits in the win. Jacob Holder, Lane Spry and Nolan Jernigan all doubled and Hayden Hullett had a triple in the win. Holder and Hullett each had multi-hit games and combined for 5 RBIs. Braden Brown also had a hit and a pair of RBIs.

The Raiders played flawless defense, picked up a couple of highlight reel catches in left field from Wyatt Nugent and took advantage of 8 Cavalier errors to put together a 9-5 win. The Raiders led 6-1 after one inning and never looked back.

Braden Brown earned the win on the mound – allowing just 2 runs on 3 hits through 4 innings. He walked 5 Cavalier batters. Carter McKenzie and Brady Nugent carried it the rest of the way on the mound, with Nugent closing things out with a pair of strikeouts with the Cavaliers threatening in the top of the 7th.

Jacob Holder and Hayden Hullett each had two hits and two RBIs. Nolan Jernigan also had a hit and an RBI.

Coffee County struggled to get its offense off the ground in the final game of a Saturday double-header.

Coffee County managed just two runs on six hits – none of which were extra base hits. Hayden Hullett had an RBI for the Raiders at the plate on a hit.

Aiden Robertson took the loss on the mound for Coffee County. The sophomore worked 3 innings and allowed 3 hits, walked 4 and struck out 5 while giving up a pair of earned runs.

Wyatt Nugent allowed 1 run in two innings and Charlie Pierce one run in 2 innings of work.