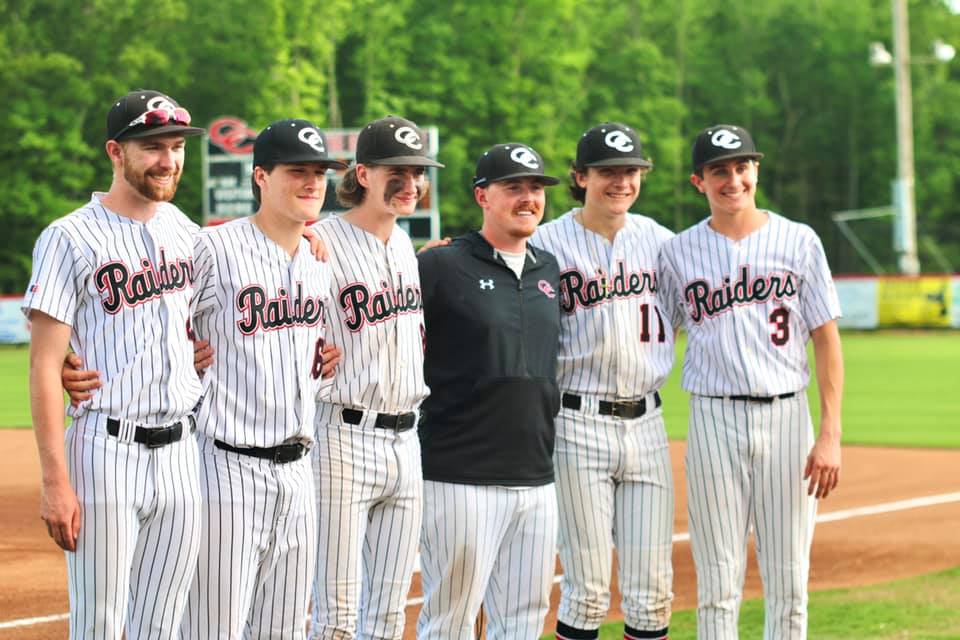 It took the Red Raider offense a few innings to get cranked up. But once it did, Coffee County Central never stopped scoring until the game ended.

Taking a 1-0 lead into the fifth inning, Coffee County came alive at the plate and got some help from poor Wolverine defense to rattle off 11 runs and end the game 12-0. Jacob Holder lifted a high, 3-run home run just inside the foul pole to end the game.

THIS GAME WAS BROADCAST LIVE ON THUNDER RADIO. LISTEN TO THE REPLAY HERE.

The Raiders struggled to get the offense started early, stranding runners on base multiple innings – including leaving the bases loaded in the first. Holder finished with 4 RBIs – all coming in the fifth inning when he got two hits. Nolan Jernigan had an RBI double.

Hayden Hullett, Braden Brown, Wyatt Nugent each picked up RBIs and Brady Nugent knocked in 2 runs on a double down the third-base line.

The Raiders sent three different pitchers to the mound – all combining to allow just 1 hit.

Lane Spry started and struck out all three batters he faced. Jacob Sherrill struck out 2 in an inning of work and Mays Snipes pitched three innings, allowing one hit and striking out 4. He was credited with the win.

The win completes the regular season for the Raiders with a record of 18-9. Coffee County will open the District 8-AAA tournament by hosting Columbia at 5:30 p.m. Thursday. Tickets are available at the gate. The game will be broadcast live on Thunder Radio.