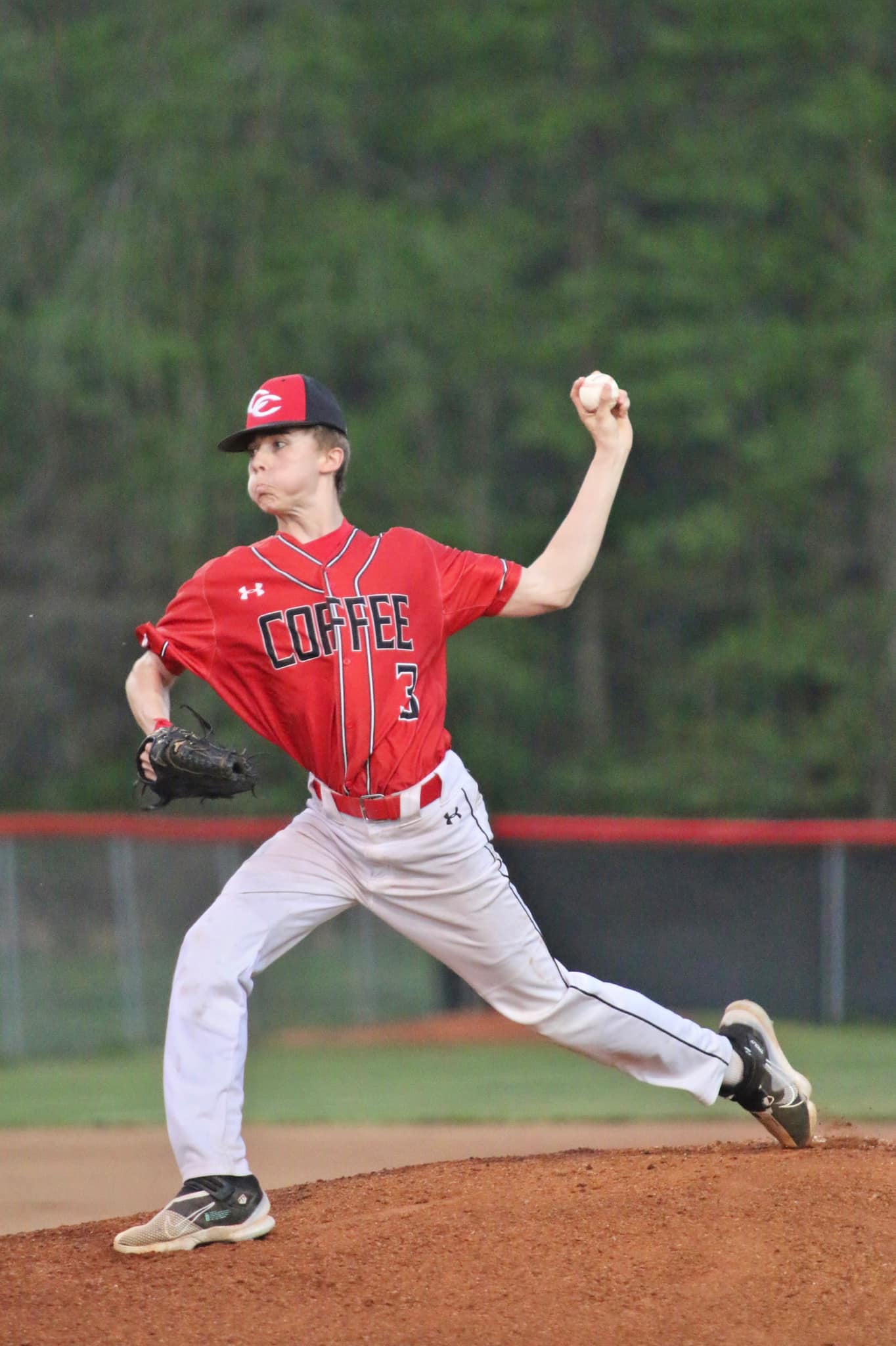 Coffee County led 4-2 and looked to be on its way to a win over Tullahoma – but the Wildcats scored 3 runs in the fifth inning and three in the sixth to pull ahead and beat the Raiders 8-4 – a game you heard live on Thunder Radio.

The Raiders led 4-2after 4 innings behind strong nights from Brady Nugent and Caleb Moran. Nugent doubled and scored twice. Moran had 3 hits and a pair of RBIs.

But four defensive errors and a timely hit by Joe Duncan pushed the Wildcats in front.

The loss drops the Raiders to 8-13 on the year.