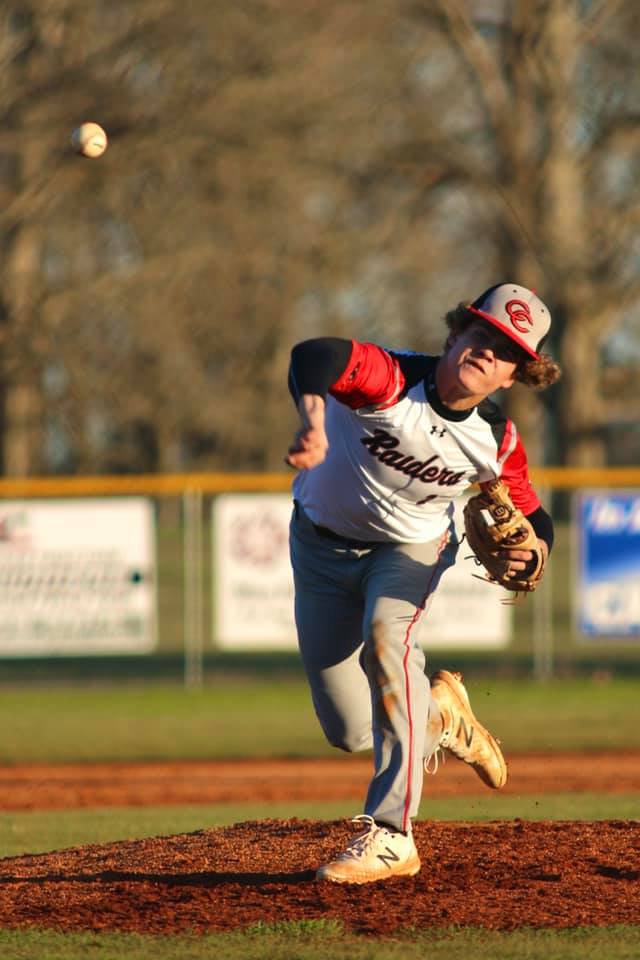 Cole Pippenger tossed a no-hitter in a run-rule shortened game Tuesday as the CMS Raiders thumped North Franklin 16-0 in Manchester.

It was the second time in as many games that the Raiders put up double-digit runs on the Gators, winning 17-1 on Monday in Winchester.

The Raiders piled up 10 runs in the second inning to put the game out of reach early – Brady Wright, Tatsuki Aso, Pippenger, Evan Kirby, Grant McCullough and Caleb Crouch each had RBIs in the inning.

Pippenger got the win on the mound – he worked five innings and struck out 13 of 15 possible outs.

The win improves the Raiders to 6-1 on the season and a perfect 6-0 in conference play. They are set to host Rock Springs in a non-district contest on Saturday.