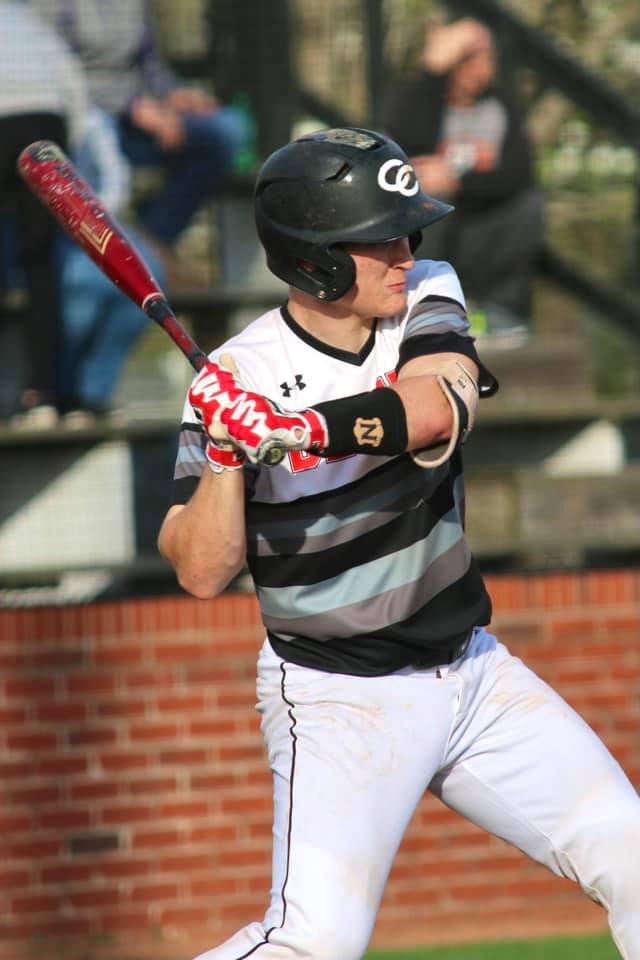 Pierce was nothing short of dominant on the mound for the Raiders. The sophomore right-hander worked five innings and struck out 9 Knight batters. He walked two and only allowed one hit to pick up the win.

“Charlie has some really good stuff and he showed that for us tonight,” said CHS head coach Davis Martin. “He’s just a sophomore. A lot of upside.”

This game was broadcast LIVE on Thunder Radio! Listen to the audio replay by clicking here.

Braden Brown tossed the final two innings for the Raiders and struck out five batters while walking two.

“Braden, he really likes the role he is in for us. He loves it actually,” explained Martin. “His velocity is up probably 5 or 6 miles an hour and he does a good job out there.”

The Raiders plated four runs in the first and chased starting pitcher Kyler Oathout before he recorded an out. Part of the reason Oathout exited early was a 30-minute light delay after one bank of lights cut off.

The Raiders added one in the fourth and two insurance runs in the sixth to pull away. CHS was also able to take advantage of 7 PJP errors.

Spry led the offensive effort with a double in the left-centerfield gap in the first inning to score Griffin Meeker, who walked. He later drove in another run on a single to right field.

Nolan Jernigan and Carter McKenzie each picked up an RBI on the night.

The Raiders are now 3-0 on the year – having allowed just 7 hits through three games.

“That has been a point of emphasis for us,” said Martin. “Obviously that pace is hard to keep. But we know pitching and defense wins ball games and we are focused on that right now. “

Coffee County will have a home-and-away series with Tullahoma Tuesday and Wednesday.