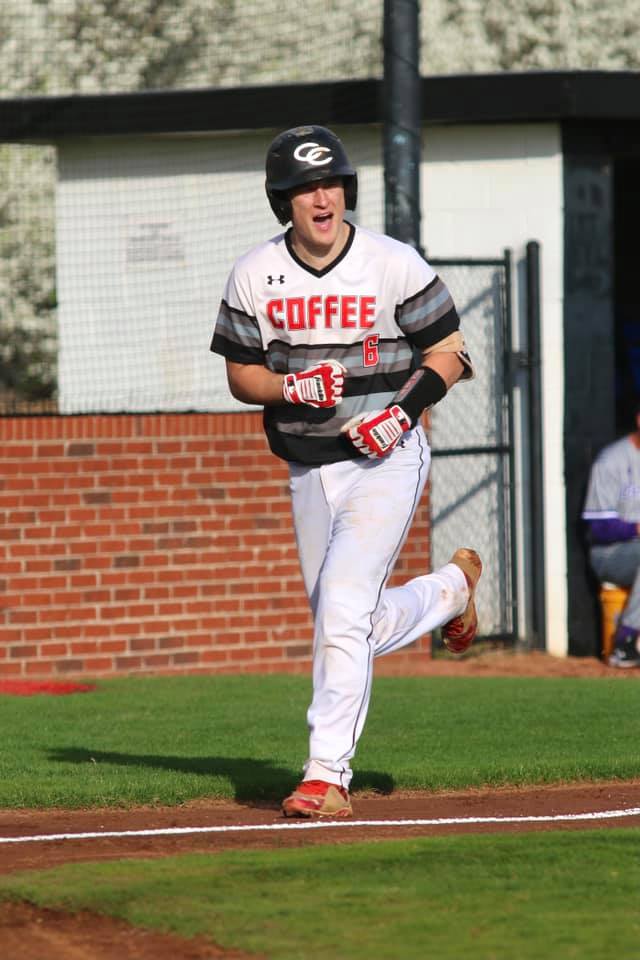 Senior right-hander Griffin Meeker struck out 11 Columbia batters and the Central High School Red Raiders got runs when they needed them in a 4-2 win in Tuesday afternoon at Powers Field in Manchester.

The win completes the season sweep for the Raiders over the Lions after a 6-0 win Monday afternoon in Columbia.

Trailing 2-1 in the third, the Raiders tied the game on a two-out solo home run to left field by senior Lane Spry.

The Raiders added two in the fourth to take a 4-2 lead and that score held. Hayden Hullett singled and Brady Nugent reached on an error in the fourth. Hullett motored around to score on an RBI double by Griffin Meeker and Nugent later scored on a passed ball. Meeker finished 2-for-3 with an RBI.

This game was broadcast LIVE on Thunder Radio – your community radio station. Click here to listen to the audio replay.

Carter McKenzie and Jacob Holder collected one hit apiece for the Raiders.

The Raiders did strand 7 runners on base.

Defensively, CHS was solid behind Meeker, committing just one error in the field – coming in the seventh inning. Columbia managed to get the tying run to first and the go ahead run at the plate in the top of the seventh, but Meeker punched out his 11th Lion batter to end the game.

The Raiders will be back at home on Friday when they host Pope John Paul II. That game will be broadcast live on Thunder Radio. The Raiders return to district play next week for a two-game series with cross-county rival Tullahoma.