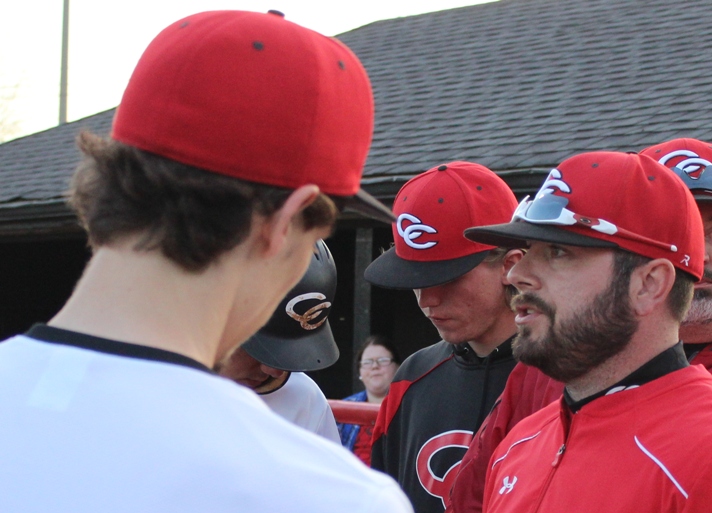 Martin, who just completed his sixth season at the helm of the Red Raider baseball program, said he needed to step aside for personal reasons. Martin told his team of his intentions late Thursday afternoon.

“I put a lot of time and thought and consideration into this decision,” Martin told Thunder Radio. “If you are going to do this job, you have to be in it 100 percent. If you can’t be in it 100 percent and put the time that it requires to do it right then that’s not fair to the players in the program and the great history of this program and you need to step aside and let someone else give it their best shot.”

Martin brought much needed stability and success to a reeling program. The Raiders won just 4 games the season prior to his arrival, a number that steadily increased over his tenure and reached to over 20 wins in the 2021 spring season – the most team wins since the Raider baseball team reached the TSSAA State Tournament in 2010.

“I appreciate all of coach Martin’s contributions and his time commitment to all of our baseball student athletes over the past 6 years,” said CHS principal Paul Parsley.

Whoever is next to coach the Raiders will have the benefit of taking over a program that is much more stable that it was six years ago and has a strong pipeline of talent. The Raiders are early favorites to content for a district championship in 2022 with the talent expected to return.

“I really appreciate (former principal) Dr. (Joey) Vaughn and the administration for bringing me in and trusting me and standing behind me,” said Martin. “And (former AD Rebecca) Koger and principal Paul Parsley for their continued support. I was lucky enough to coach these kids that I’ve been able to coach.”

Martin remains with the school system as a physical education teacher.

Parsley said the administration will evaluate the next move as it pertains to a head coach.

“For now, we are evaluating where to go with our program and we will have more to say over the next week or two,” explained Parsley. For now assistant coach (Kyle Douglas) and coach (Parker) Gunn will lead the kids through their offseason workouts.”