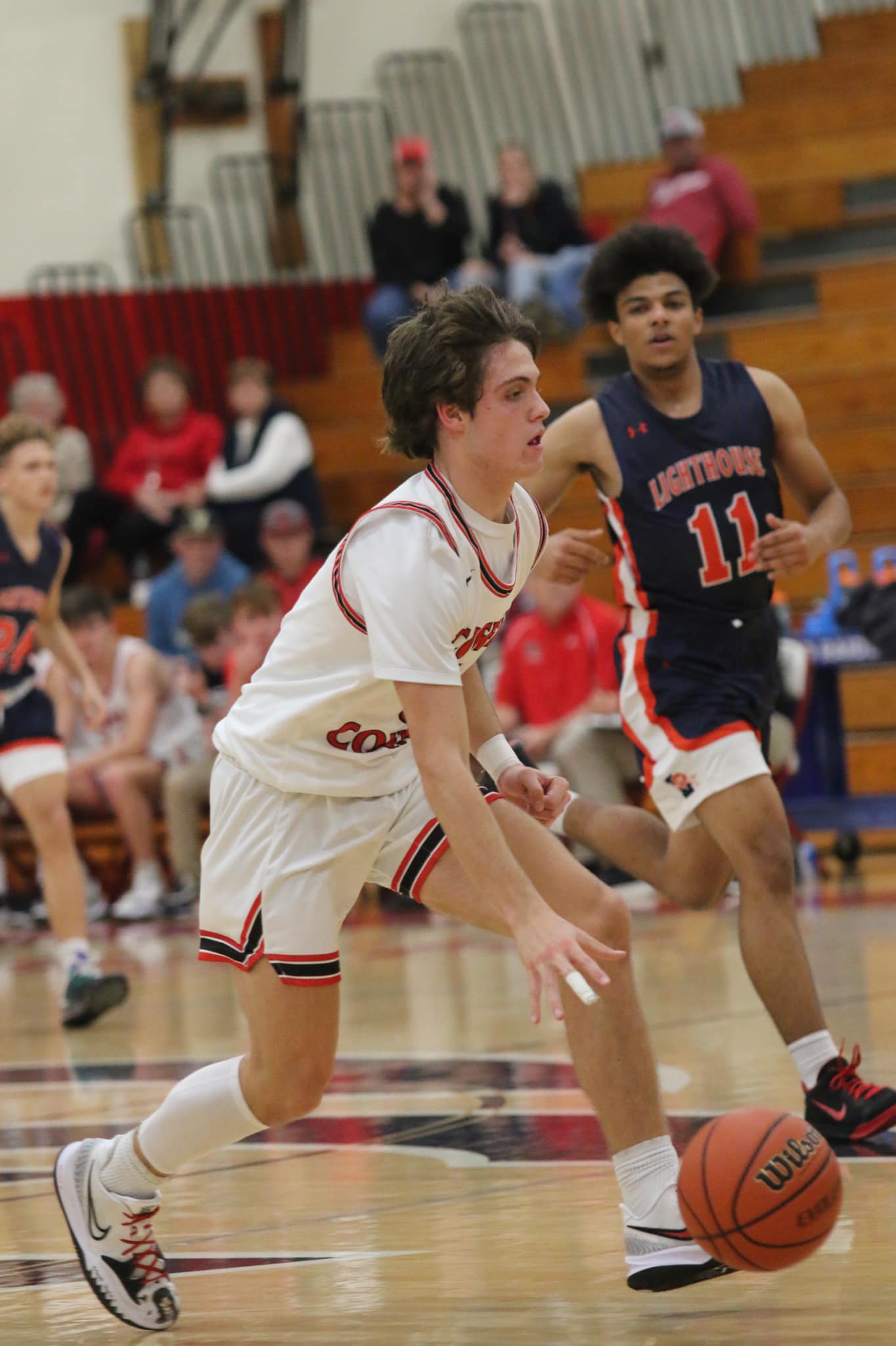 A strong first half was matched by an equally anemic second half for the CHS Red Raiders Monday in the opening round of the Sonic Shootout.

Cascade doubled-up the Raiders in the second half, as Coffee County let a 32-19 lead evaporate into a 54-50 loss.

The hot shooting of Cascade’s Lucas Clanton was particularly difficult for the Raiders to handle. Clanton didn’t score a point in the first half but rattled off 19 in the second half – behind 5 3-pointers. Clanton’s 19 was enough to outscore the Raiders all by himself.

Coffee County had 8 different players get into the scorebook, including 13 from Dayne Crosslin, who was the only Raider into double-figures. Brady Nugent added 9 and Phineas Rollman 7.

The loss drops the Raiders to 8-5 on the season. The Raiders hit the floor again at 2:30 p.m. Tuesday in the Sonic Shootout at White County High School.