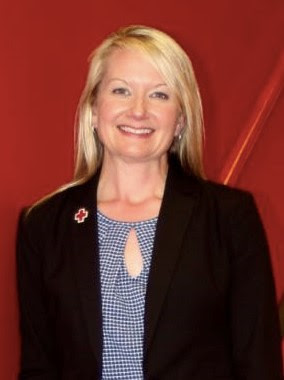 Vaughn, the most recent executive director for the Mid-South Chapter of the Red Cross, has made numerous and significant accomplishments during her tenure as a director. In early 2013, Vaughn was charged with finding a new location and building a new chapter office in Memphis. She received her largest commitment of $1 million for the facility in May of 2014 and continued to fund and complete the current Madison Avenue facility.

During her tenure, she secured two new national partners for the Red Cross, created the “Join the 1,000” campaign, consistently achieved all goals and increased local visibility of the mission for the organization.

Laura also has been part of nine disaster recovery operations locally and within the Southeast and Caribbean Division while earning a master’s degree in Public Administration and Nonprofit Leadership from the University of Memphis.

“We are thrilled to have Laura continue her career with the Red Cross in this senior leadership roll in Tennessee,” said Joel Sullivan, Regional Executive for the Tennessee Region. “Her drive for service has transformed the organization and we are always impressed with her leadership skills. We are looking forward to more success for Laura as she continues in her new career.”

Vaughn will be taking an active role in bringing on a new executive director for the Mid-South chapter and will retain an office in the Memphis office. “We are so grateful for her leadership and vision and we look forward to watching her bring the passion she has always shown for the Red Cross lines of service to her new role,” said Greg King, Chief Operations Officer for the Tennessee Region.

About the American Red Cross:

The American Red Cross shelters, feeds and provides emotional support to victims of disasters; supplies about 40 percent of the nation’s blood; teaches skills that save lives; provides international humanitarian aid; and supports military members and their families. The Red Cross is a not-for-profit organization that depends on volunteers and the generosity of the American public to perform its mission. For more information, please visit redcross.org or cruzrojaamericana.org, or visit us on Twitter at @RedCross.