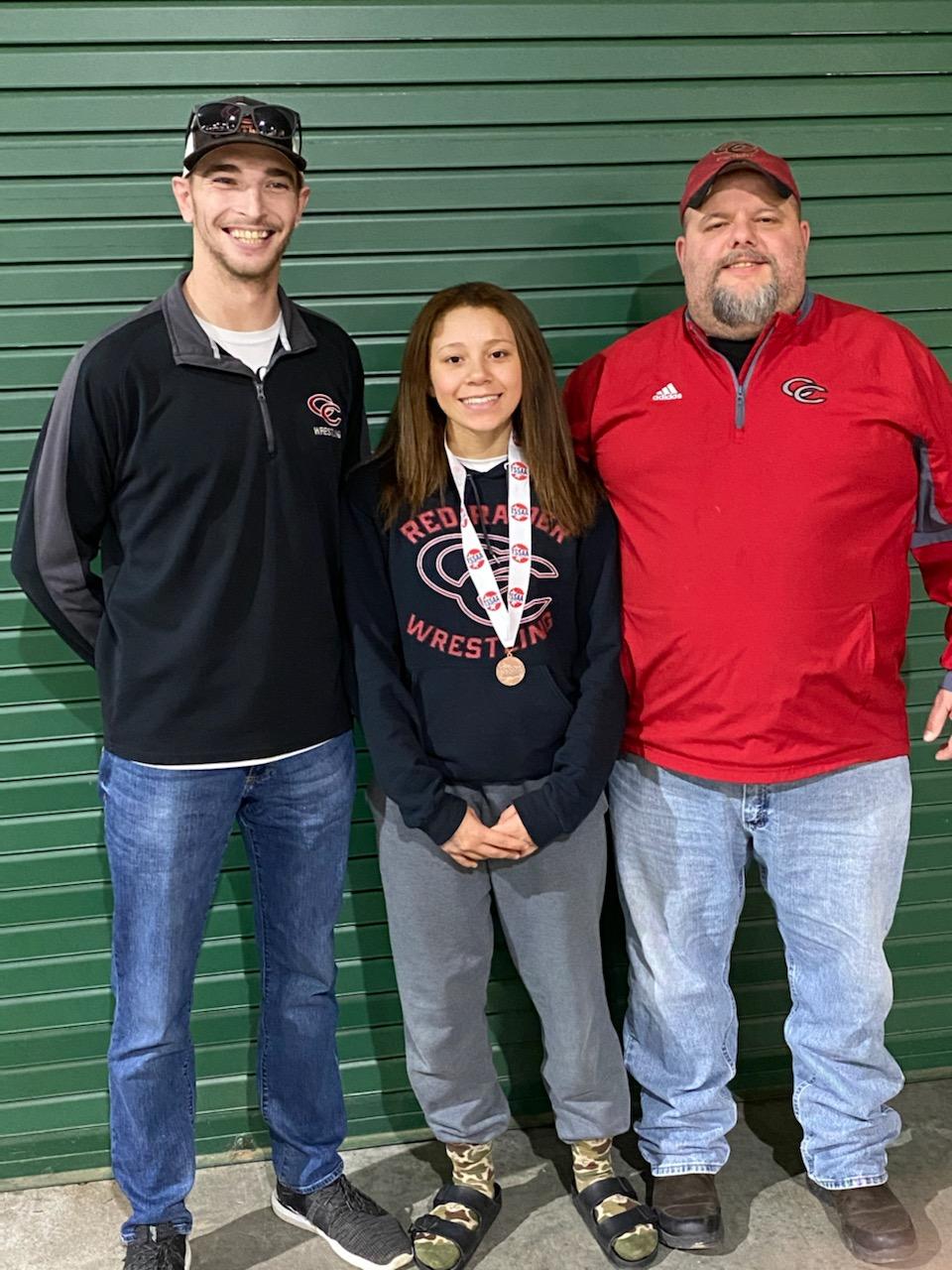 Alanna Coker of the Lady Raider wrestling team closed out competition in the TSSAA State Wrestling Tournament in Franklin on Saturday.   Coker, wrestling at 112 pounds, became the 3rd Lady Raider wrestler in the program’s history to capture a state medal.  Coker, a sophomore, finished in 5th place in her weight class.

Coker opened the day with a decision loss to Jesmarie Negron of Forrest.  Negron took a 4 to 1 lead in the first round.  Coker came back with to grab a reversal in the 2nd round but could never overtake Negron in a 9 to 4 decision.  In the 5th place round, Coker won via a forfeit by Lindsey Waver of Sequatchie County who had suffered an injury.  Coker finished the tournament with a record of 2 and 2.  Teammate Mary Wolfrum finished with a record of 0 and 2.  Red Raider wrestler Cardin Stump finished his tournament with a record of 2 and 2 while teammate Gavin Prater went 0 and 2 for the championship.

You can keep see the full breakdown of all the wrestlers’ performances online at: http://www.tssaasports.com/wrestling