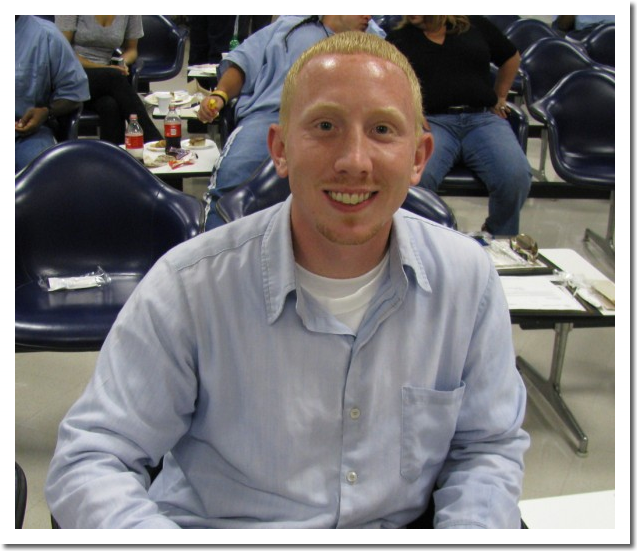 In an update to a story we have been reporting on at WMSR news for months, Adam Braseel is now a free man. Braseel was found guilty in 2007 in the beating death of Malcolm Burrows and in an assault on Burrows’ sister.

A plea deal was reached Friday  in which Braseel’s murder conviction was dropped in exchange for pleading guilty to aggravated assault. Judge Justin Angel ordered Braseel freed immediately on time served for the guilty plea on assault. Braseel has sought a new trial since being convicted, stating that he was a victim of mistaken identity. Braseel entered the plea of aggravated assault as part of an Alford plea, meaning he did not admit guilt but acknowledged enough evidence was available to convict. Braseel and his attorneys were in court Friday to make a case for a new trial on his murder conviction when prosecutors offered the deal.

Whoever killed Borrows beat him to death in January of 2006 when a man showed up at his home asking for help with stalled car. Burrows offered the man a ride in his Chrysler but never returned.

Fingerprints found on the Chrysler’s passenger door handle at the scene did not belong to Braseel, but to Kermit Bryson, a felon who later killed himself while on the run for killing Grundy County deputy Shane Tate. Braseel maintained that he was with a friend in a church parking lot at the time of Burrows’ death. But he was found guilty when Burrows’ sister, Becky Hill, identified him as the man Burrows left with. Bryson and Braseel each had red hair and were near the same height, weight and built. Braseel was borrowing his mother’s gold 1995 Acura that weekend. Bryson often drove his girlfriend’s beige 1998 Ford Escort.