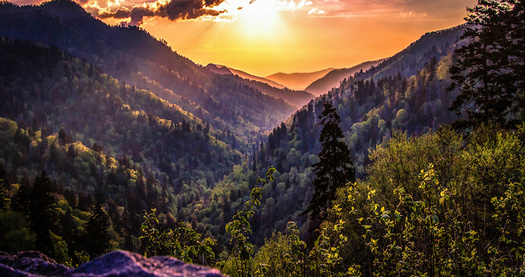 Eight in 10 registered voters support cleaning up and repairing our aging national parks, in the latest poll by The Pew Charitable Trusts.

House lawmakers are considering legislation that would channel up to $6.5 billion in funding to the National Park Service to begin upgrades to crumbling roads, outdated water and sewer systems, and eroding trails and campgrounds.

“Roads need to be maintained. Restroom facilities are a big one,” he said. “Simple maintenance has been forgone for so long that parks seem to be in a state of crisis management.”

To address the maintenance backlog, the Restore Our Parks and Public Lands Act would use money from oil and gas company fees paid to the federal government. Tennessee is home to a dozen national parks that see more than 9 million visitors each year.

Marcia Argust, project director for the Pew Charitable Trusts’ Restore America’s Parks campaign, said more than 400 national park sites around the country require almost $12 billion worth of maintenance. She said the last time the parks saw significant investment was more than 50 years ago.

“So as you can imagine, with the aging infrastructure and also the increase in pressures from visitors, some of those assets are deteriorating, and there simply has not been enough funding over the past several decades to keep pace with the needed repairs.”

Rutter said well-maintained parks are critical for local businesses such as his.

“Sometimes an overlooked point is that all these great national parks, because they’re such natural wonders, they’re kind of in rural areas,” he said. “So, it provides jobs.”

According to the Pew poll, voters from all sides of the political spectrum say keeping the country’s parks and monuments pristine and up-to-date is important.

The poll is online at pewtrusts.org.