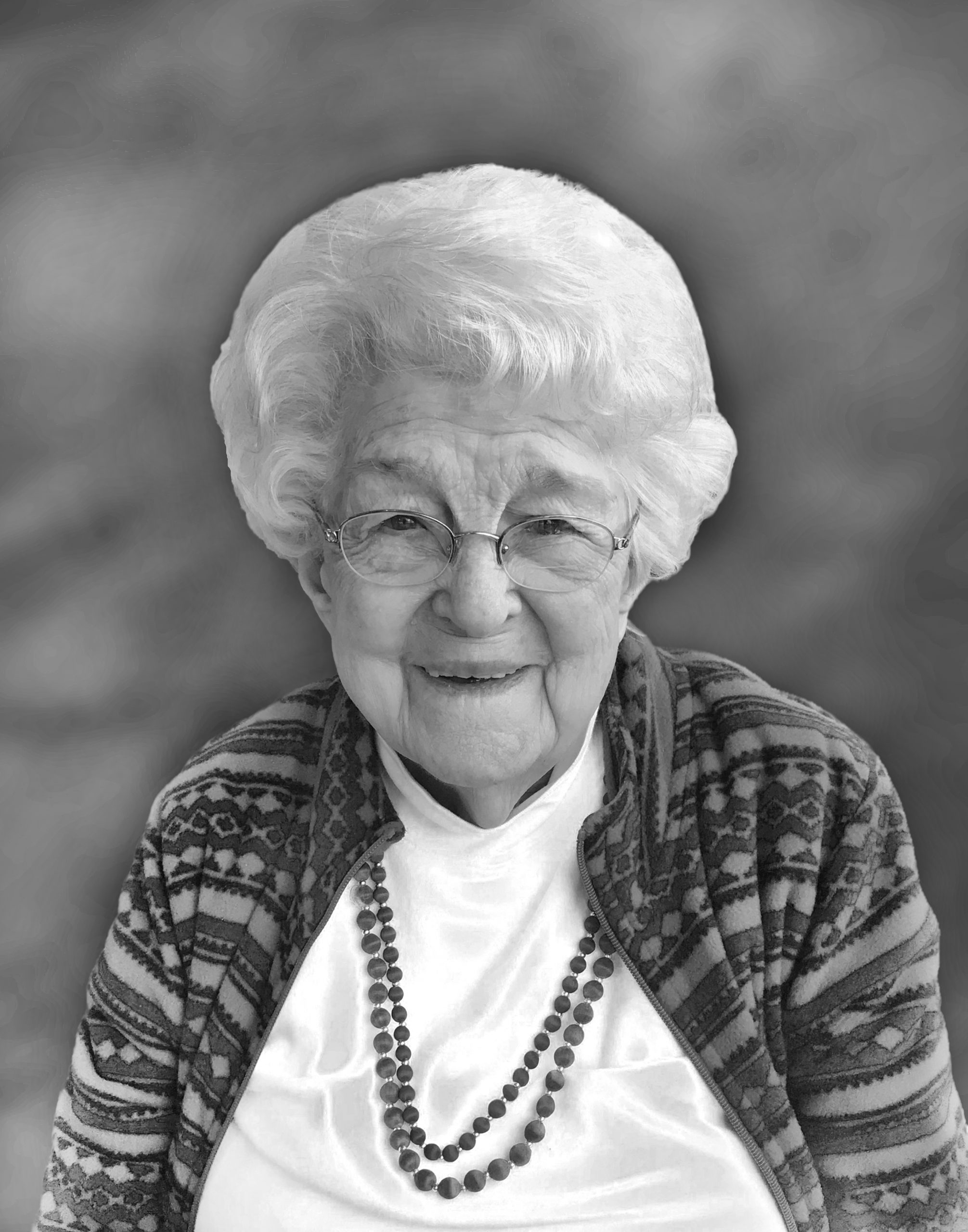 Mary Searcy (Couch) King Hopkins was born at 308 N Atlantic Street in
Tullahoma, TN on December 11, 1922 to Robert Laughlin and Anabel Douthit
(Searcy) Couch, Sr. She lived in Levelland, TX, Ft Lauderdale, FL,
Shelbyville, TN and Titusville, FL before returning “home” in 2000.
Surrounded by her loving family, she passed away at home on August 22,
2019.

Searcy worked several places but her favorite ones to talk about were WJ
Couch & Co (now Daddy Billy’s), Couch’s, King Drugs (the first Walgreens
Agency in Tullahoma.) After she retired from the State of Florida, she
really enjoyed selling real estate. She loved everything about Tullahoma
and especially liked talking about Camp Forrest days. She never missed an
opportunity to go dancing with her friends and the soldiers, and was a
proud supporter of the USO!

She most loved being with her family and telling stories. She had a
wonderful sense of humor and could always be counted on for a good joke.
She loved looking for four leaf clovers, working crossword and sudoku
puzzles, watching Wheel of Fortune, and cheering for the Wildcats and
Volunteers!

In 1970, Searcy was elected as an Executive Committeewoman serving with
Gov. Winfield Dunn. She was a member of the American Legion Ladies
Auxiliary Post 43, Daughters of the American Revolution, Order of the
Eastern Star, Historic Preservation Society of Tullahoma, and the First
Christian Church.

After moving back home, she was thrilled to learn that her dear friend,
Alice (Harton) Ratcliffe spearheaded an effort to save the first public
school building in Tullahoma and turn it into a performing arts center. She
loved talking about old times going to school there and performing on stage.
She was thrilled to attend as many events as possible and was excited to be
the first person to join the Alumni Membership of the South Jackson Civic
Center, which helps preserve the historic building.

Her family and friends will miss her wit, bright smile, and peppermint
candy.

In lieu of flowers, the family has requested donations be made to the
Alumni Fund, South Jackson Civic Center, PO Box 326, Tullahoma, TN 37388
(online: southjackson.org) or to a charity of your choice.