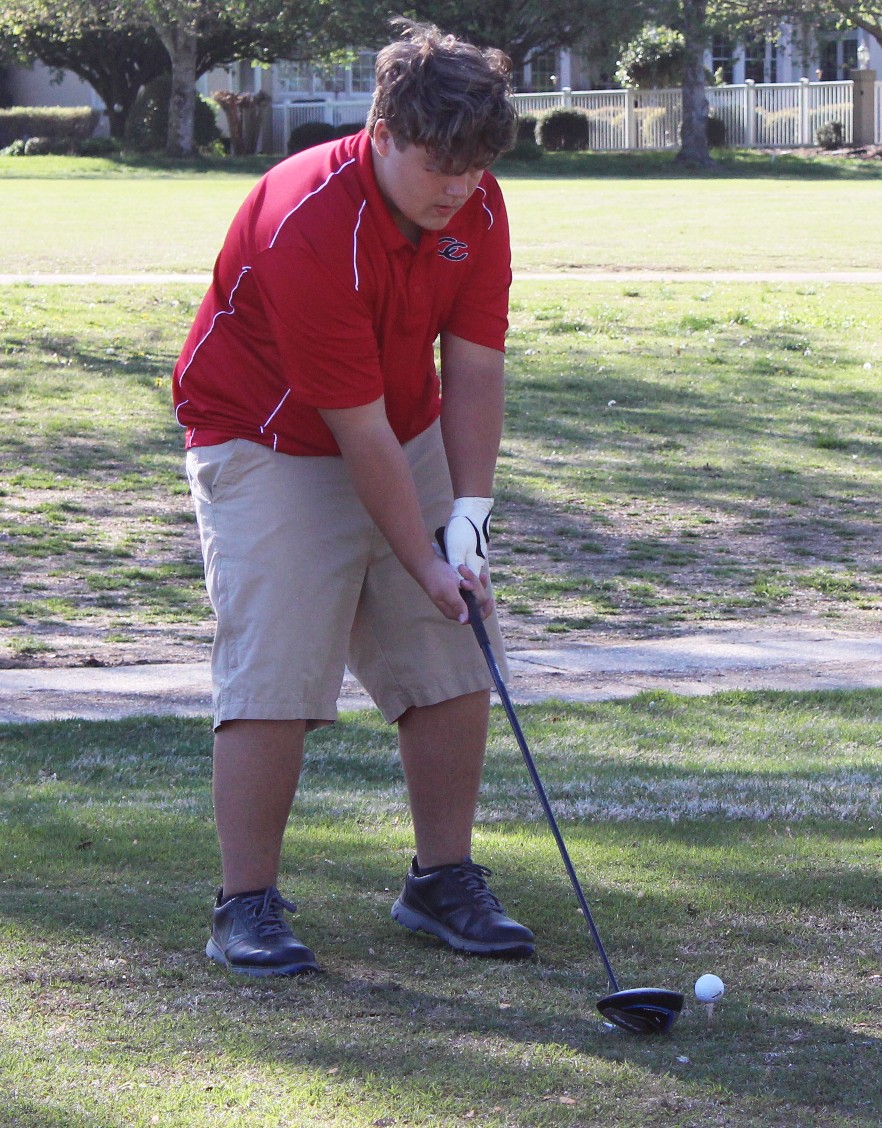 The Coffee County Middle School golf team featured many new faces in 2019.  The young Raiders got their biggest win of the year in April with a home match victory over North Franklin.  Thunder Radio reported on the win in a story we brought to you on April 16th.

The Coffee County Middle School golf team welcomed North Franklin to Willowbrook on Monday.  Competing using the Junior PGA Flag scoring system, the Raiders rolled to a big win over the visitors from Decherd.  Coffee Middle won by a final score of 10 ½ to 1 ½ .

The team of Zach Tidwell and Avery Hill captured all 3 flags in their matchup.  Madison Winn and Liza Freeze also won 3 flags for the Raiders.  The trio of Cadie Prater, Kira Jarrell and Maggie Crouch won 2 ½ flags while the team of Kolby McCormick and Austin Dockery won a pair of flags.

Coffee County will return to action on Monday when they travel to Tims Ford to take on South Franklin at Bear Trace.  The shotgun start will go off at 3:30 PM.

Westwood also featured a few new faces in their lineup in 2019.  The Rockets made it a local sweep on April 15th at Willowbrook when they dumped South Franklin.  Thunder Radio reported on the win in a story we brought to you on April 16th.

The Westwood Middle School golf welcomed the South Franklin Middle School team to Willowbrook on Monday for a 9 hole battle. Using the Junior PGA Flag scoring system, the Rockets fought their way to close win over the Trojans. The Rockets won by a final score of 6 ½ to 5 ½ .

The team of Lyndsey Paschall and Leah Kate Sullivan led the way for Westwood as they won their match 2 to 1. The Rocket duo of Evan Edison and Danny Hawkins also nabbed a pair of flags. The team of Araya Hughes and Marli Miller also grabbed a flag for Westwood.

The Rocket golfers will return to action on Monday when they travel to Tims Ford to take on North Franklin at Bear Trace. The shotgun start will go off at 3:30 PM.

The biggest rebuilding effort of the year came at Coffee County CHS as the Raider linksters looked to replace the most decorated boy’s quartet in the history of the program.  Additionally, Coffee County was able to field a girl’s team for the first time since 2016.  Both Raider golf teams traveled to Sewanee in early August.  Thunder Radio reported on the match in a story we ran on August 9th.

The Coffee County CHS golf team traveled to Sewanee on Thursday for a 9 hole match against Grundy County and Chattanooga School of Arts and Sciences.  The Red Raiders picked up a pair of match wins.  The Lady Raider golfers came in 2nd place out of the 3 teams.

The Raider linksters will be back in action on Thursday when they host their first home match of the year at Willowbrook.  Coffee County will host Warren County and Grundy County.  That 9 hole match will tee off at 1 PM.