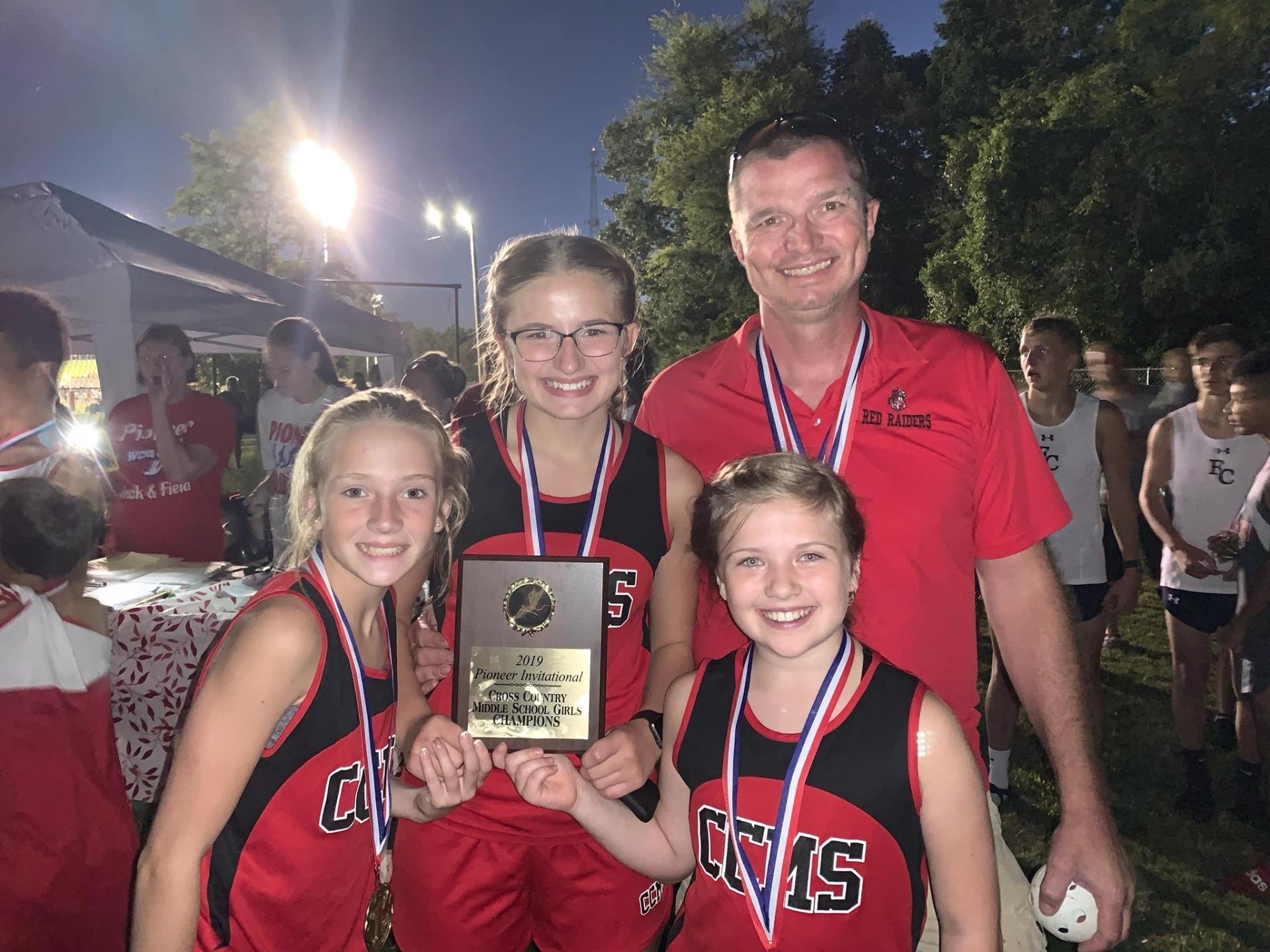 In an interesting twist of fate, all 3 prep cross country teams featured new coaches thanks to opportunities for advancement from the coaches of 2018.  At Westwood, Katrina Verge brought her experience and expertise to a Rocket program that has seen a lot of success in the previous years highlighted by Kailee Rossman’s state qualifying time. Coach Verge continued that dominance as evidenced by a pair of wins at Sewanee in late September.  Thunder Radio brought you the news of the wins in a story we published on September 30th.

The Westwood Middle School cross country team traveled to Sewanee on Friday to compete in the Mountain Lion Invitational at St. Andrews-Sewanee.  Both the Rockets and Lady Rockets dominated in the 4 team meet.  Westwood got 3 of the top 6 finishers in both the boys and girls races as they easily won both team titles.

The Rockets return to racing on Tuesday when they travel to Unionville to compete at Community.  That meet is scheduled to get underway at 4 PM.

Jeremy Woods took over the cross country program at Coffee County Middle School as Nathan Wanuch spent the fall semester deployed with the National Guard.  The Raider harriers also enjoyed success highlighted by Sophie McInturff’s Top 15 finish in the TMSAA State Meet.  The team’s brightest hour came August in McMinnville as both the Red Raiders and Lady Raiders each got team wins at a meet at Warren County.  Thunder Radio reported on the wins in a story we brought to you on August 30th.

For the first time in school history, the Raiders were able to field a girls’ team. All 5 Coffee County Lady Raider runners finished in the top 15 in the convincing win.  Sophie McInturff finished in 1st place.  Greenlee Woods came in 2nd place and Bailey Kitts finished in 5th place to lead the Lady Raiders.

For the Red Raiders, Lucas Beaty was the top finisher for Coffee County as he came in 3rd place.  Bradley Escue crossed the tape in 7th place while Manuel Gonzalez came home in 8th place.

The Raider cross country team will be back in action next Thursday when they travel to Bell Buckle to compete in a meet at Webb.  The starting gun will go off at 4 PM.

Paul Wright stepped in to lead the Coffee County CHS cross country team in Wanuch’s absence.  The Raider harriers advanced to the region meet before having their season come to a close.  The team highlight of the year came in late September as the Raiders captured both team titles in a meet at Sewanee.   Thunder Radio brought you the news of the wins in a story we published on September 30th.

The Coffee County CHS cross country team traveled to Sewanee on Friday to compete in the Mountain Lion Invitational at St. Andrews-Sewanee.  Competing against 11 teams, the Red Raiders captured individual and team titles in the meet.  The Lady Raiders sent only 3 runners but still finished with a top 6 finish.

The Raider thinclads will be back in action on October 12th when they compete in the MSCCA Midstate Chapionships Dickson.  Racing is set to begin at 10 AM at the Buckner City Park.